It was another golden performance for VIS’ Scotty James at the Laax Open World Cup event in Switzerland last week.

The 25 year old VIS snowboarder from Warrandyte, Melbourne, took first place on the podium for the third time this season, extending his current winning streak to nine events, dating back to December 2018.

After winning qualifying earlier in the week, James led the field with a huge 95.75 points in his first run of the final, and held the lead for the rest of the event with a simple victory lap on his second and final run.

Behind James on the podium was Japanese rider Yuto Totsuka (92.25) in second, with American Taylor Gold (87.00) in third.

“It feels absolutely amazing,” James smiled after he completed a high-five victory lap down the sides of the pipe, “I know coming into tonight it was going to be really tough, everyone was going to bring their A-game, but I was ready to go there. 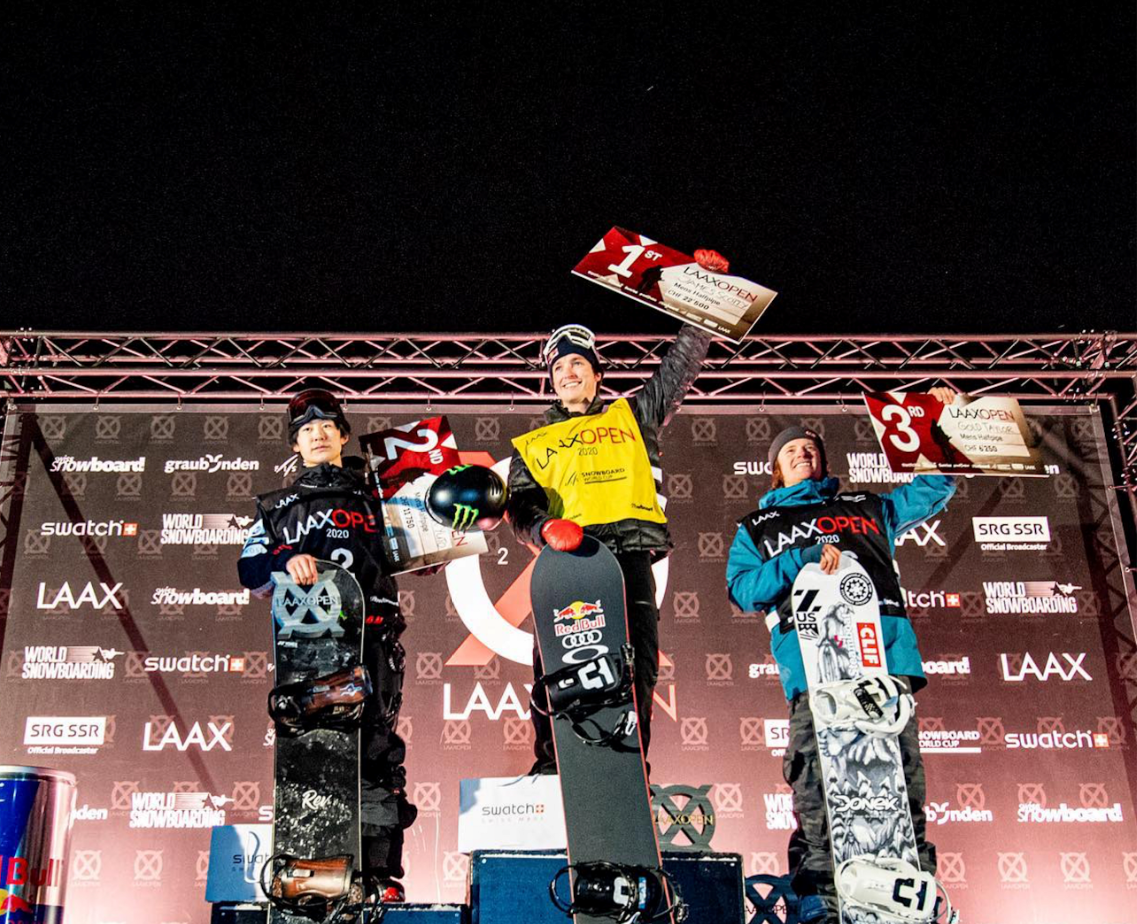 “I know Yuto (Totsuka) was going to go for it so I didn’t take anything for granted and I was ready to go again (in my second run) if I needed to, but it’s definitely sweet to be able to come down and say thank you to everyone that’s come out to watch us tonight. It really does mean the world and it makes our job so enjoyable.”

James will next look to defend his title at the X-Games in Aspen, Colorado, USA, on January 24.