The 13th Quad Wheelchair event at the Australian Open will round out a highly-entertaining summer of tennis. VIS athlete Dylan Alcott will be looking to win his sixth consecutive Australian Open singles title, but will be made to earn it, coming up against his fierce fellow VIS rival Heath Davidson. The pair will then come together in the doubles, to try and defend their 2019 crown. 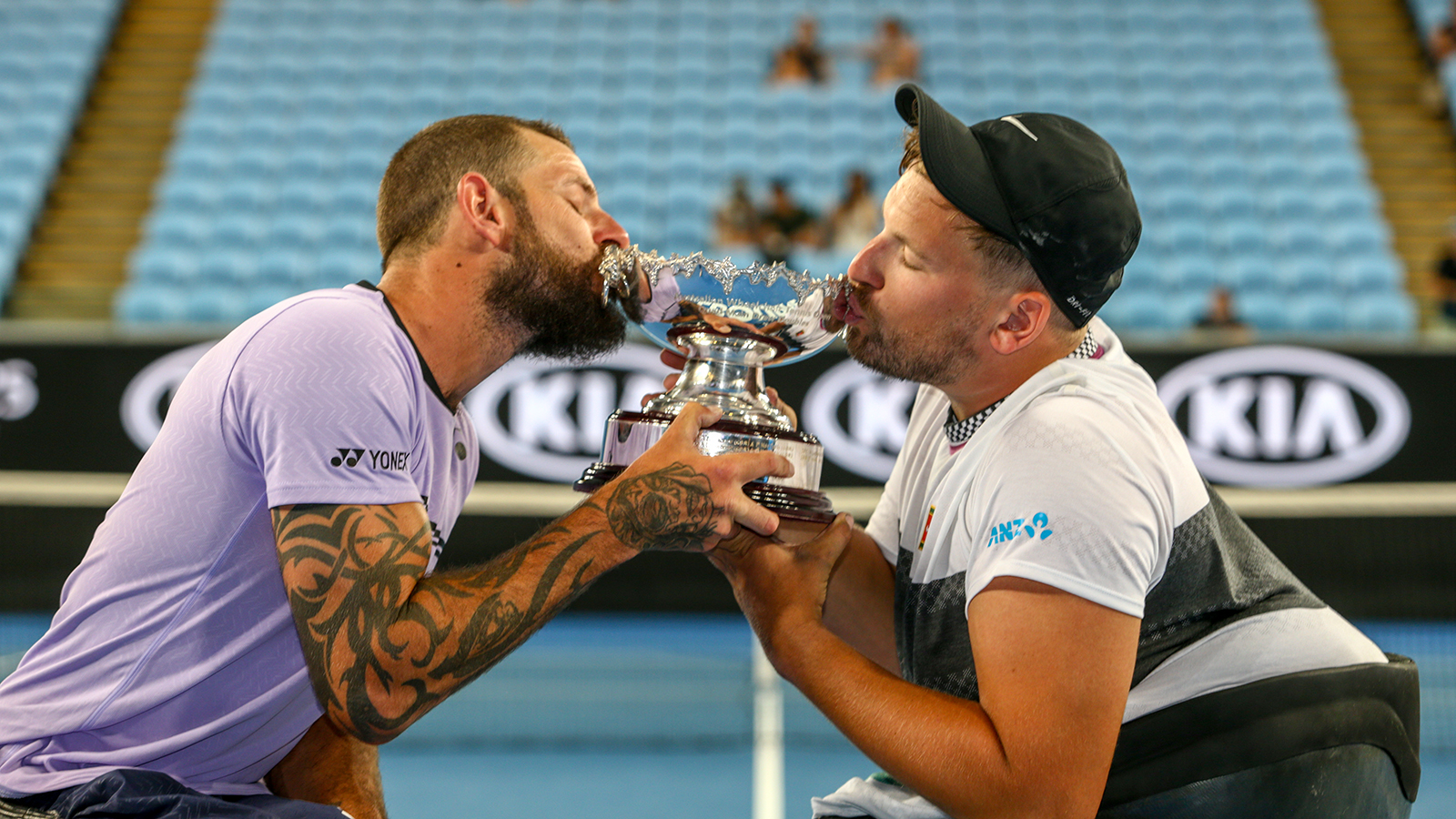 At this stage, the round robin matches are scheduled to commence today January 29, from 11am. For all schedule updates click here.

The 29-year-old is ranked the world’s No. 1 men’s wheelchair quads tennis player, and is definitely the favourite leading into the 2020 tournament.

Alcott was nominated for the Don Award in 2019 for achieving greatness in sport, and was recognised with the Medal of the Order of Australia in 2009.

While Dylan Alcott might be the hot favourite for this year’s Australian Open quad singles title, it’s the steep rise of his compatriot Heath Davidson that has wheelchair tennis fans watching closely.