A decade of achievement for the VIS

As we set our sights to 2020 and a new decade, the Victorian Institute of Sport reflects on the magic moments, history makers and highlights from Victoria’s best athletes across the previous ten years.

It has been an eventful decade in sport, with records broken and history books rewritten. As one memorable sporting decade draws to a close, we can’t wait to see what our VIS athletes can produce as we roar into the 2020s and beyond.

The decade started with Olympic gold, as Lydia Lassila won the women’s Aerial Skiing competition at the Vancouver Winter Olympics inspiring the nation by overcoming the adversity she faced on her journey to the top. Also standing proud on that day was Jacqui Cooper, who finished fifth in her fifth appearance at an Olympic Games. 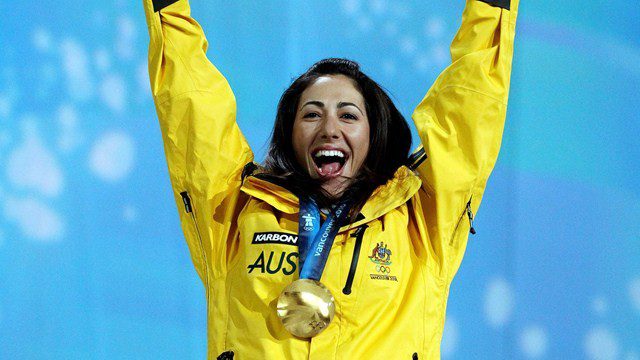 Para-athlete Jessica Gallagher also created history in Vancouver when she won bronze in the vision-impaired slalom event, becoming the first Australian women to medal at a Winter Paralympics.

Fresh faced Scotty James, at the tender age of 15, became the youngest male Olympian in 50 years, when he took the start line in the men’s halfpipe.

More success came later in the year at the 2010 Commonwealth Games in Delhi, with 48 VIS athletes selected and contributed to 41 medals including 17 gold in total for Australia. Among the highlights were the Kookaburras and Hockeyroos both winning gold medals, 16 year old shooter Alethea Sedgman competing at her first multi-sport festival and winning a gold medal, and Liesel Jones with her haul of 3 gold medals becoming Australia’s most successful gold medallist ever at the Commonwealth Games (11 gold medals).

2011 was all about VIS athlete Cadel Evans. Evans captured the nation’s attention, when he ‘stole’ the Tour de France from under the noses of the Schleck brothers, to become the first ever Australian to win the world’s greatest bike race, and in doing so became Australia’s greatest cyclist of all time.

“It’s always been known that Cadel has the motor to be the best cyclist in the world.”  Former VIS cycling coach Scott McGrory said.

A total of 91 VIS athletes were selected to represent Australia in 21 sports at the London 2012 Olympic and Paralympic Games, with 33 winning medals, including six gold. The standout achievements included Kelly Cartwright’s gold medal and new World Record in the F42/44 long jump, and Kim Crow’s bronze in the single sculls followed by a silver in the double sculls which made her the first Australian rower to win a medal in two events at the same Olympics. 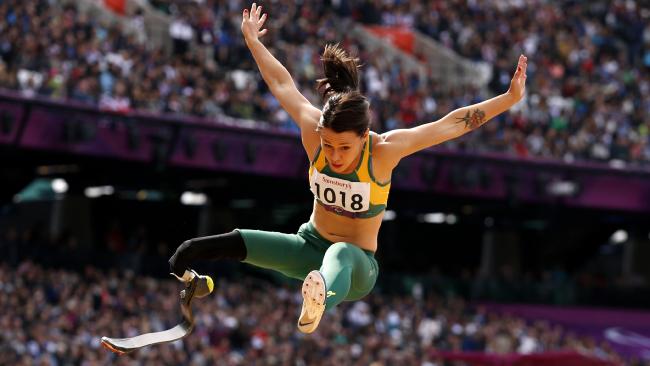 Carol Cooke also created her own piece of history and beat the men to win a gold medal in the mixed T1-T2 road time trial and finish the year ranked No. 1 in the world in the female T2 category.

2013 was the year Mack Horton announced himself on the world stage, winning five gold medals matched by five championship records at the 2013 Junior World Championships in Dubai. Mack took out the 200m, 400m, 800m, and 1500m Freestyle events, as well as anchoring the Boys 4 x 100m Freestyle relay team to victory.

VIS Aerial Skiers David Morris (silver) and Lydia Lassila (bronze) both won medals at the Sochi 2014 Winter Olympic Games. Morris was the first Australian male to win an Olympic Aerial medal and Lassila will be known for her bold decision she made, committing to the most difficult aerial jump ever attempted by a woman at the Olympics. 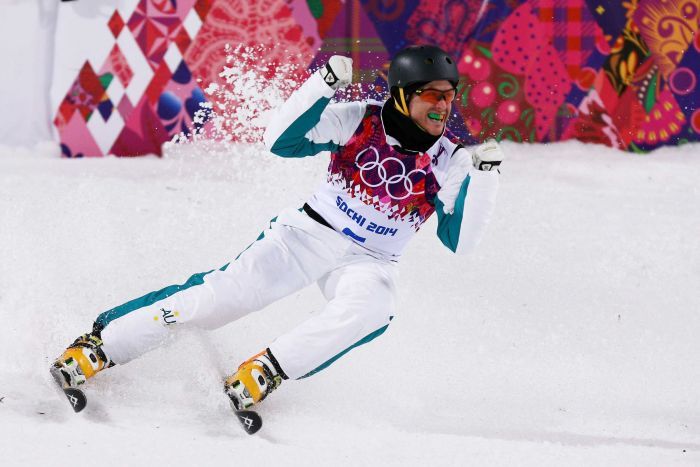 “If Lydia Lassila’s Olympic bronze was a win for the brave, then David Morris’ silver medal was a success for the shrewd.”

At the Glasgow Commonwealth Games, 55 VIS athletes across 15 sports won and contributed to 28 medals including 8 golds. Among the highlights was when Laetisha Scanlan started packing her bags to head home before finding out she actually had made the women’s trap final, and then went on to win the gold! Both hockey teams won gold again, whilst the Aussie Diamonds netball team bounced back to also take home gold.

After moving across to quad wheelchair tennis from wheelchair basketball, Dylan Alcott won his first singles Grand Slam Title at the Australia Open, defeating David Wagner, 6-2, 6-3 in front of a home crowd. Alcott went on to win the US Open and finished the year ranked No. 1 in the world.

Meanwhile, Scotty James rocketed onto the scene after his fearless gold medal at the Snowboard Halfpipe World Championships. The Aerial Skiing “Flying Kangaroos” ended the season with three VIS athletes ranked inside the top 8 in the world with Laura Peel winning the World Championship and Renee McElduff and Dani Scott winning World Cup Events.

Mack Horton was at his best, shaving four and a half seconds off his personal best in the men’s 1500m and put him in front of the likes of Aussie distance legends Grant Hackett and Kieren Perkins when they were 18.

At the 2016 Rio Olympics, who could forget Mack Horton’s 400m freestyle swim, pipping Chinese rival Sun Yang for gold? The 20 year old VIS swimmer became a household name “overnight” when he touched in first place on the first Sunday of the Games.

Another amazing story was when Catherine Skinner stunned the world to win gold in a nail-biting finish in the women’s trap final. Skinner had to overcome a semi-final shoot-off to qualify for the final, and then came from two targets down to take out the gold and become an Olympic champion.

Dylan Alcott showed the world why he was one of the greatest athletes, winning gold in the wheelchair singles and doubles at the Paralympics. The Aussie Steelers went to Rio as defending Paralympic champions and left as the first nation to go back-to-back in wheelchair rugby. The Steelers featured eight VIS athletes; Naz Erdem, Andrew Harrison, Josh Hose, Jason Lees, Matt Lewis, Jayden Warn and Ben Fawcett.

Lucy Stephan, Kat Werry and their Aussie Women’s Four teammates broke onto the scene in 2017 after they went through the year undefeated and took out the World Championship title.

Kell O’Brien started his senior career on a high, as a member of the victorious Australian Cycling Team Pursuit World Championship team as well as winning his own bronze in the Individual Pursuit.

It was also inspiring to see Carol Cooke regain her crown as dual World Champion at the 2017 UCI Para-cycling World Championship in Pietermaritzburg, South Africa.

Scotty James won Australia’s first snowboard medal at a Winter Olympic Games, with a bronze at PyeongChang. He also carried the flag at the Opening Ceremony, declaring it a massive honour at his third Games.

Melbourne Vixens superstar Liz Watson etched her name into sporting history, being named the Liz Ellis Diamond Netballer of the Year and Australian International Player of the Year.

Then there was a medal blitz by the 53 VIS athletes that represented Australia at the 2018 Gold Coast Commonwealth Games. From Isis Holt’ inspirational burst of speed to win gold in the T35 100m, Kathryn Mitchell’s incredible javelin throw, to Mack Horton’s golden double in the pool, and Kell O’Brien obliterating the 4000m Team Pursuit World Record with his team mates,  VIS athletes won 33 medals.

Milly Tapper created her own piece of history winning the first ever gold medal for Australia in table tennis and Laetisha Scanlan went back-to-back in the Women’s Trap. VIS’ Aaron Kleinschmidt scored in the gold medal match against New Zealand to help secure the Kookaburras sixth straight Commonwealth Games title.

Dylan Alcott continued to show the world why he was number one, with another Aus Open title and winning his first Wheelchair Tennis Masters title in the Quads single event in Lake Nona.

Scotty James completed the season undefeated, claiming gold at six out of six events, including a third consecutive FIS World Championship title, making him the first-ever snowboarder to do so. Para cycling duo Emily Petricola and Alistair Donohoe were crowned World Champions in their respective events, whilst Kell O’Brien and his Australian Team Pursuit teammates beat their own World Record on their way to winning gold at the UCI Track World Championships.

James Willett had an accurate season, shooting his way to three World Cup gold medals and a new World Record in the Men’s Trap. Lucy Stephan and Kat Werry were World Champions again in the Women’s Four, proving why they may just be the next ‘Oarsome Foursome.’ Dylan Alcott won his fifth consecutive Australian Open title and added the Wimbledon and French Open titles to his name.