VIS’ Rydian Cowley won the Men’s 50km Australian Championship at Fawkner Park on the weekend in a time of 3 hours, 52:58 seconds.

Cowley was just over two seconds shy of the Olympic qualifying time of 3:50:00. 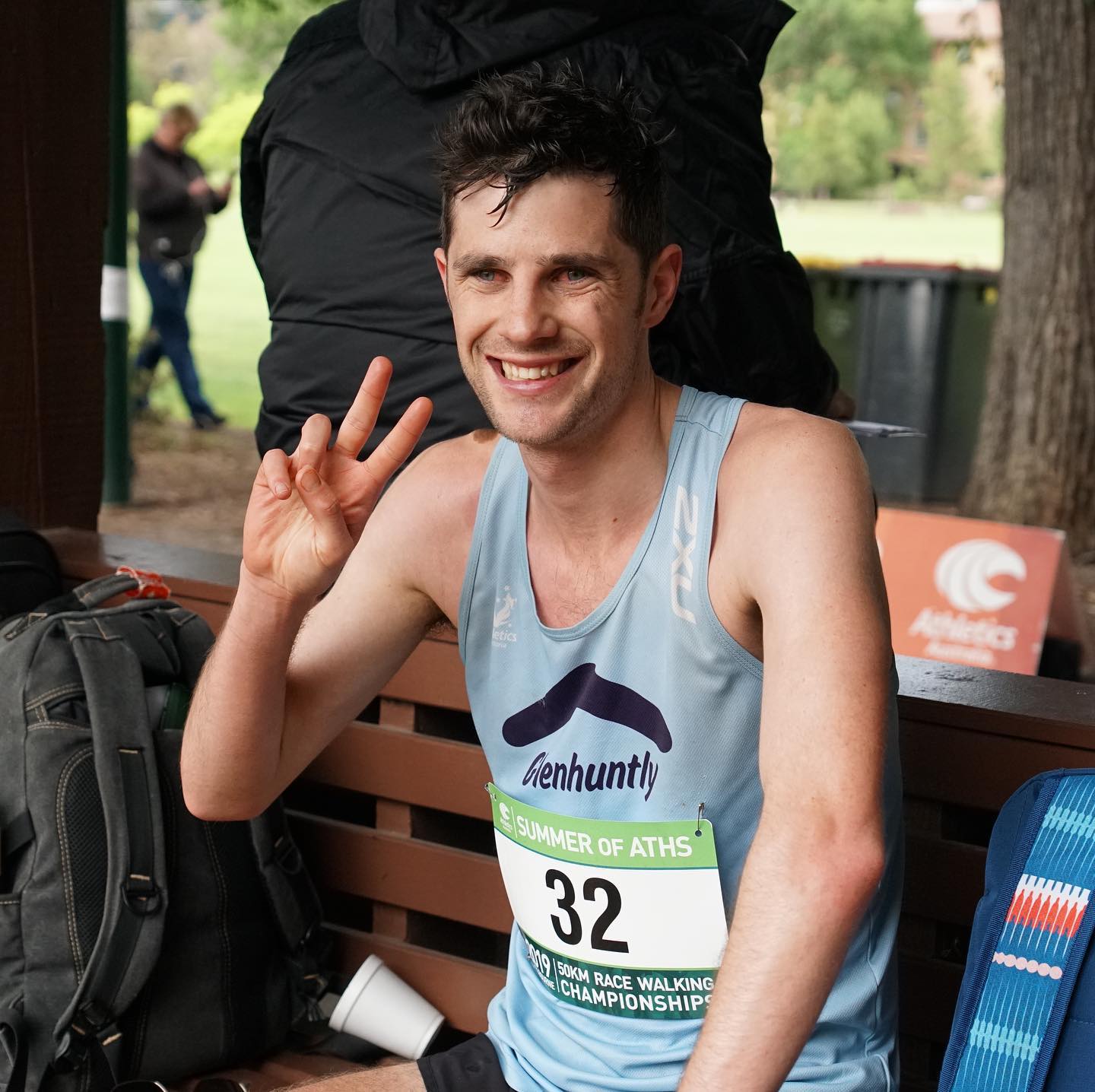 In the pit, VIS long jumper Chris Mitrevski managed to record a PB jump of 8.05m at Meadowglen AV Shield on Saturday afternoon.