Writing a story can evoke a myriad of emotions. It can leave you with a sense of empowerment, or plunge you into the deepest chasms of introspection. The words can rip and tear at you, their injustice a frustrating reminder of the world we find ourselves in. And yet, more often than not, they leave a lasting impression, filling us with hope and pride for those protagonists that do much more than merely endure. In many ways, this complexity of human emotion perfectly captures the story of Emily Petricola.

In 2007, aged twenty-seven, Emily Petricola’s life shattered around her – this is no exaggeration. She was a business owner, a person who lived life to its fullest. Within months, that all changed. A creeping numbness had enveloped her, and she now lived with a fear of blindness and paralysis. She was diagnosed with Multiple Sclerosis – also known as MS.

“Look, it is a pretty horrible diagnosis,” she says. “I remember my stomach falling when MS was suggested as a possibility.”

Petricola’s life was cruelly halted in its tracks. Everything that she prided herself on was snatched away. And then there was the pressure she felt to act as if all was well, even when it felt as though it may never be well again.

“I was no longer remotely close to the woman I was before being diagnosed,” she says. “I didn’t really know or understand who I was anymore, or how to move forward.”

And, it wasn’t for a lack of trying. At first, Petricola attempted to live life as if nothing had changed, but nearly every aspect of her life, in reality, had suffered an irreparable transformation. This included her body, ravaged by the degenerative condition, which had nearly doubled in weight – an affect of the high doses of steroid medication and an inability to exercise. She now admits that this dramatic upheaval of her identity contributed to a period of depression.

Eventually, however, she decided something needed to change. She needed help.

“I started seeing a psych to try to work out what I needed to do to re-establish some sense of identity in the next phase of my life; how I could become a person living with MS,” she says.

“The key word is living. It is pretty easy to just exist and survive when you are diagnosed with a chronic degenerative disease.”

Petricola was determined not to let that be her story. She wanted to do more than survive. And, although she takes no credit for the next phase in her life, her newfound attitude renders it no surprise.

Matt Ryan, an Olympic rower and coaching colleague, suggested that through cycling – predominantly on a Watt Bike in their shared office – she could resurrect her former active self. Slowly, they built their training regimen, until Ryan even suggested she set her sights on qualifying for the 2020 Tokyo Paralympic Games.

Initially, Petricola dismissed the idea. “I would never have dreamed that big, given how badly my body worked, and how poor my fitness was at the time.”

Nevertheless, with every session, and with the help of a loving and dedicated support group, she began to believe in that dream as well. And, in 2018, with only limited practice on the velodrome, Petricola smashed the World Record – for C4 athletes – in the Individual Pursuit, before winning silver in the final.

In 2019, she repeated her World Record performance, this time coming away with the gold medal. Not long after, she added another a gold medal in the Road Time-Trial.

“Breaking the World Record for the first time was crazy,” she says. “It was a huge achievement, and really instilled greater belief in what my body could manage. It really was a good test and triumph in many ways.” 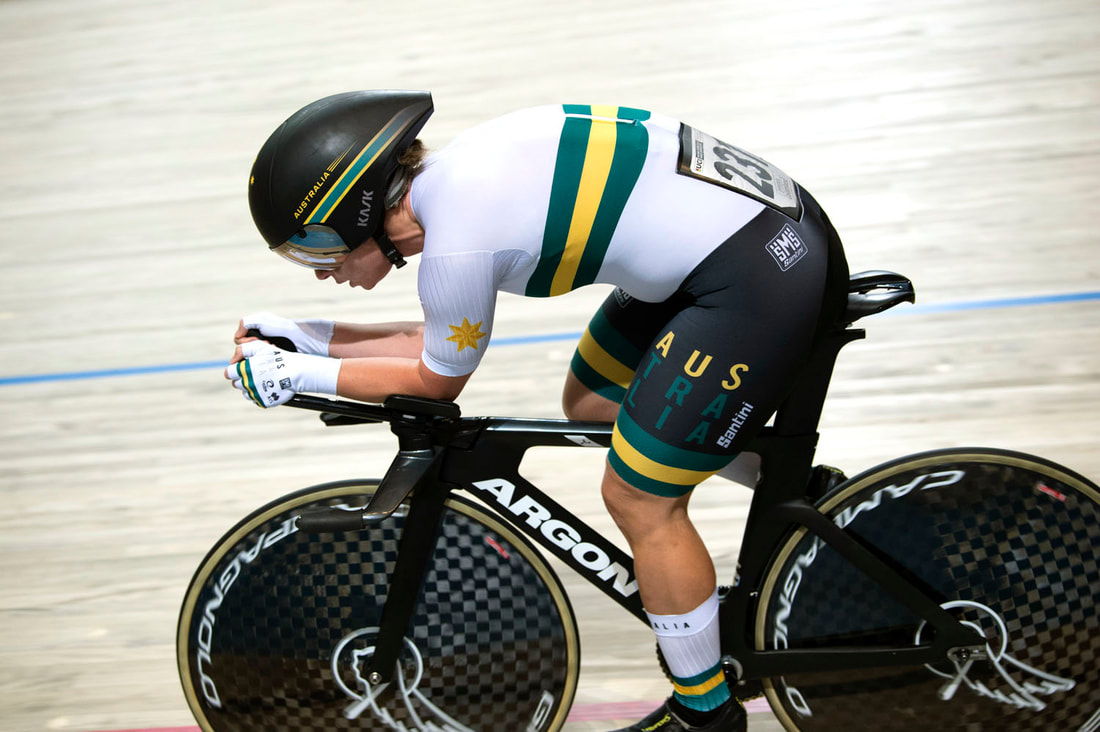 As Petricola approaches the sporting pinnacle, twelve years on from her diagnosis, she views her disability in a different light. Admittedly, she still feels frustration towards the disease that uprooted her life, and the inadequacies she feels as a result – it is only human to feel such things. But from the moment of her diagnosis she has always told herself that the person she truly is will never be compromised by her disability. Her outlook focuses on the opportunities it has given her, including a pathway to becoming a qualified teacher. Like anyone, there will always be times of sadness, but happiness must always prevail.

“I do believe that everything happens for a reason, and that there is something to gain from every difficult moment in life,” she says. “And, MS – while undoubtedly devastating and challenging in different ways – has without a doubt made me refocus on what is important to me, and how I want to live my life.”

Her dream is to win two gold medals in Tokyo. She acknowledges the difficulty of such a dream, and yet, she believes in it because those around her believe in it. This is one motivation, and the other?

“To prove, that despite everything that is compromised with my body, I can still do this one thing, really well – ride a bike fast!” 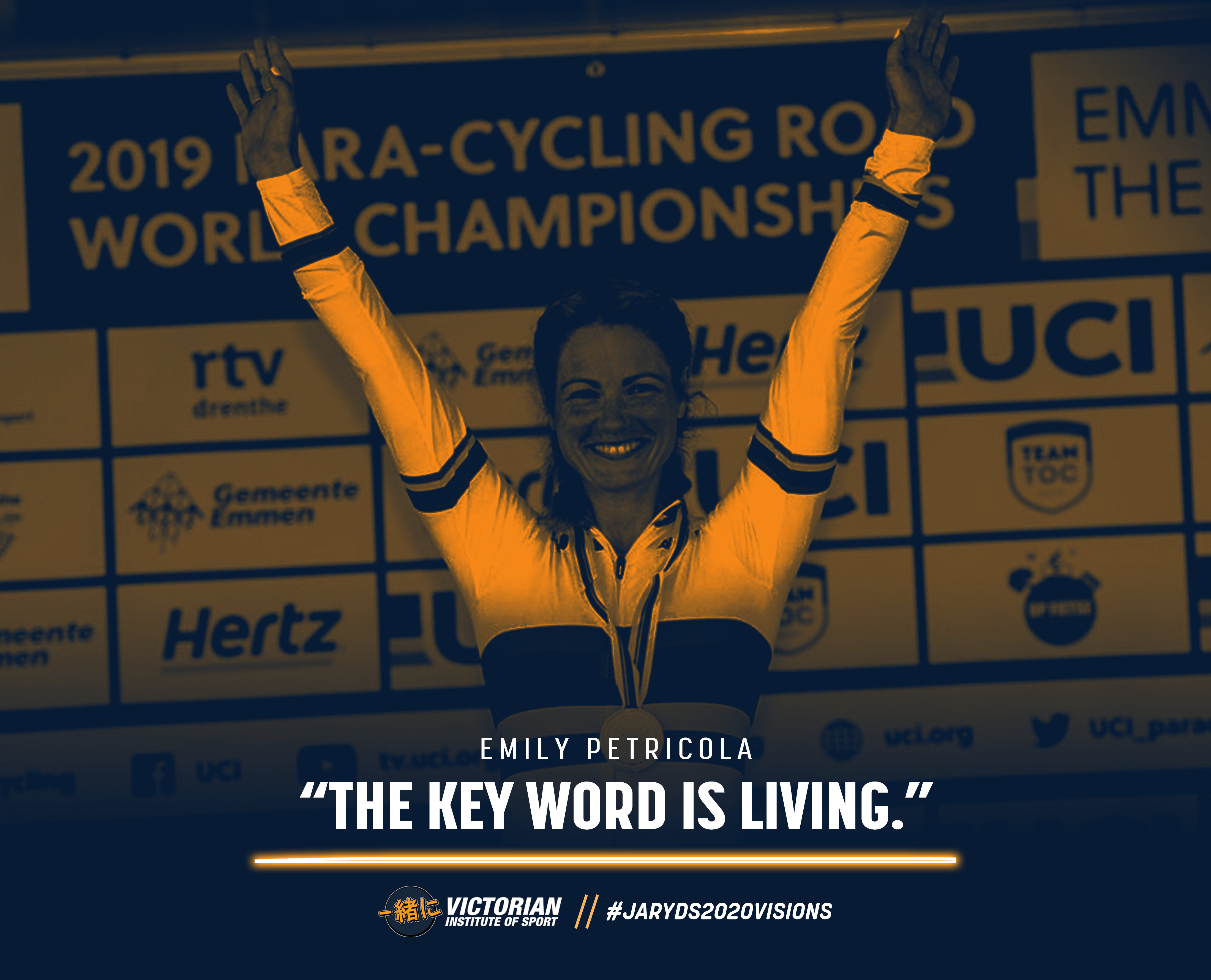