It was only nine months ago, when it was arranged for Alexandra Viney and Alex Vuillermin to meet each other at training camp in Melbourne. The girls could not deny the coincidences - with the same first name, the same letter starting their last name, even their dads share the name Paul.

Nicknamed A squared, they were destined to be a force to be reckoned with. Since meeting, the pair have achieved some incredible results including representing Australia in the PR3 mixed coxed four. Every day they wake up and put in the work as together they focus on the ultimate goal of Paralympic glory.

Alex Vuillermin, aged 20, was born with a rare genetic developmental disorder called EEC syndrome (Ectrodactyly-Ectodermal Dysplasia).  Vuillermin’s condition meant that she was born with 3 fingers and 4 toes. She says one of the things that has got her to where she is today is that her parents have never treated her any differently.

Vuillermin was a skillful volleyballer who competed as part of an able-bodied competition and pushed herself in sport and at school. Vuillermin was then selected for rowing after being talent identified in late 2017. After spending some time at the Bairnsdale Rowing Club, in 2018 Vuillermin decided to make the move from her hometown in Gippsland, Victoria to Melbourne to continue her development in rowing at Power House Rowing Club. Vuillermin has now represented Australia in the PR3 mixed coxed four on the world stage in 2018 and 2019 at the Rowing World Championships.

Unlike Vuillermin, Alexandra Viney started her career as a successful school-aged rower in Tasmania. Viney had dreams of pursuing rowing for her state and maybe even one day her country. On the night of her year 12 graduation at the age of 18, this was all taken away from her.

On December 14, 2010, Viney was involved in a high-speed car accident caused by a drunk driver. The crash nearly ended her life and ultimately left her with permanent impairments to her left elbow, arm and hand as well as the ongoing impact to her mental health and the management of PTSD (post traumatic stress disorder).

Viney, was pulled from the wreckage of the Toyota Land Cruiser that had come to its final resting place wrapped around a telegraph pole upside down. Viney is well aware that the accident could have ended her life and that thanks to the medical treatment which she received, her arm although impaired, was able to be saved. She also speaks of how the impact of the accident not only has affected her personally, but it has caused distress to her family and to the witnesses who pulled her from the wreckage.

“Every day appreciate your family and friends. Never take anything for granted” Viney says.

Viney spent the next 8 years turning her passion for sport into a career - believing that her time as an athlete was over. After a chance conversation in late 2018, it became apparent that her dream to represent Australia might be possible, and the permanent impairments to her left arm would actually  allow her to compete in the PR3 Para rowing class. 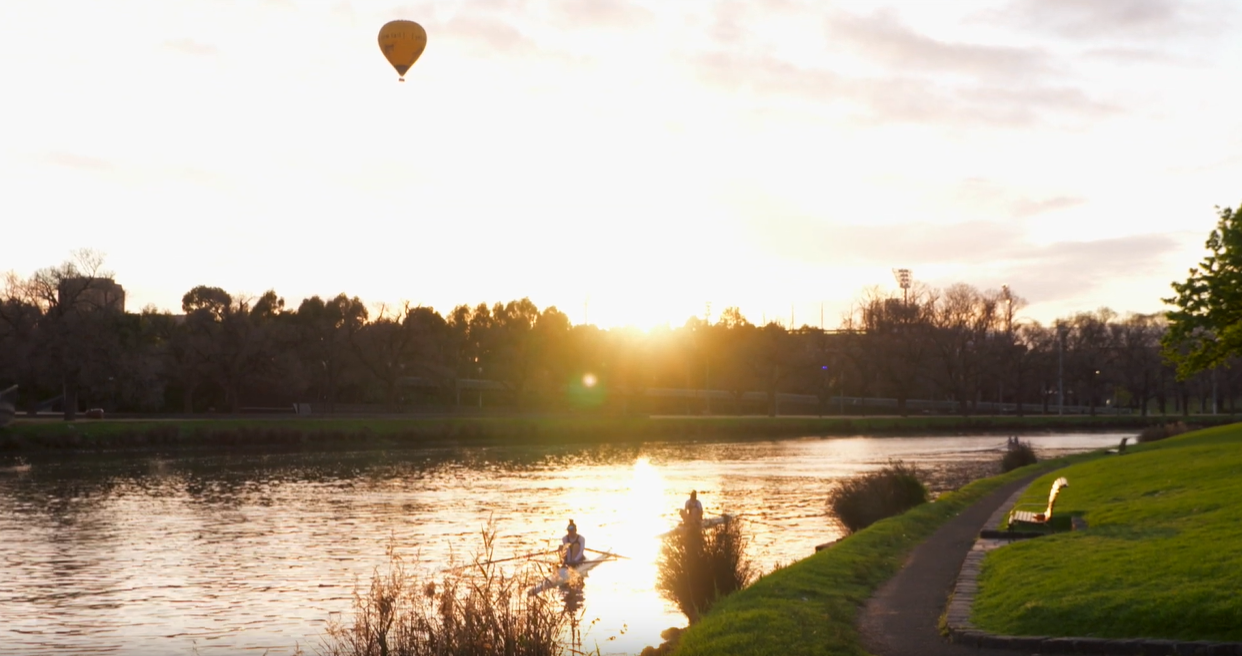 Viney says, “I've learnt to really stand up for myself and to show that you really are capable of anything and you don't have to let things limit you.”

Some might believe that it would be easy for the duo to be upset with the world; but instead they want to use their opportunity on the world stage to show everyone that “anything is possible.”

Both girls are willing to speak about their impairments and their journey and encourage people to engage in conversations instead of leaving questions unanswered. The pair will continue to put themselves in the best possible position to be at the start line for the PR3 mixed coxed four at the 2020 Tokyo Paralympic Games.

Both Vuillermin and Viney want to take a stand for anyone who is or has experienced bullying, or who have felt embarrassed or the need to hide their impairments, about their disabilities, going through adversity, “to never treat yourself differently, and do things your own way.”

“We have an amazing opportunity and platform to represent others with impairments and women in sport, and show that anything is possible.” Viney says.

“Life’s always too short, so just be happy.” Vuillermin says.