Playing on his home track, Lautee demolished Lukas Michel of Metropolitan, his friend and Victorian teammate in this year’s winning Interstate series, in the men’s final, to make it two Vic amateur titles in a row.

Also the 2018 champion at Huntingdale, Lautee, 20, won 5 and 4 to continue his rise to prominence.

Lautee’s win at Huntingdale in 2018 was viewed as the arrival of a star; today’s victory only franks that. A late-comer, he also intends trying to qualify for the Emirates Australian Open next month. Next week, he’s teeing it up in the Dunes Medal on the Mornington Peninsula. His calmness under pressure is what sets him apart, according to the best judges.

Lautee was rock solid all day, breaking out to a five-up lead through 18 holes after the 25-year-old Michel lost two balls, and holding firm from there. Each time Metropolitan’s Michel challenged, Lautee would respond, such as at the par-three 15th hole (the sixth on the tournament rota), where he got up and down from the deep left trap, holing a four-metre curler to win the hole.

Ironically not everything had gone to plan for the Victorian Institute of Sport scholarship holder this week; he was four down in his first match of the tournament, managed to pull through and ended up the winner.

“After the win last year, it gave me a lot of confidence that I can compete at this level and win at this level,” Lautee said.

The Melburnian is planning on playing some big events as an amateur before taking the plunge; his first priority is to finish his technology degree at Swinburne University. “I’ve got a couple of years left as an amateur,’’ he said. “I’m planning to go the America and the UK next year. I don’t feel in any rush. Lukas is probably in a similar situation, going to uni for a few years, and he’s doing extremely well now.” 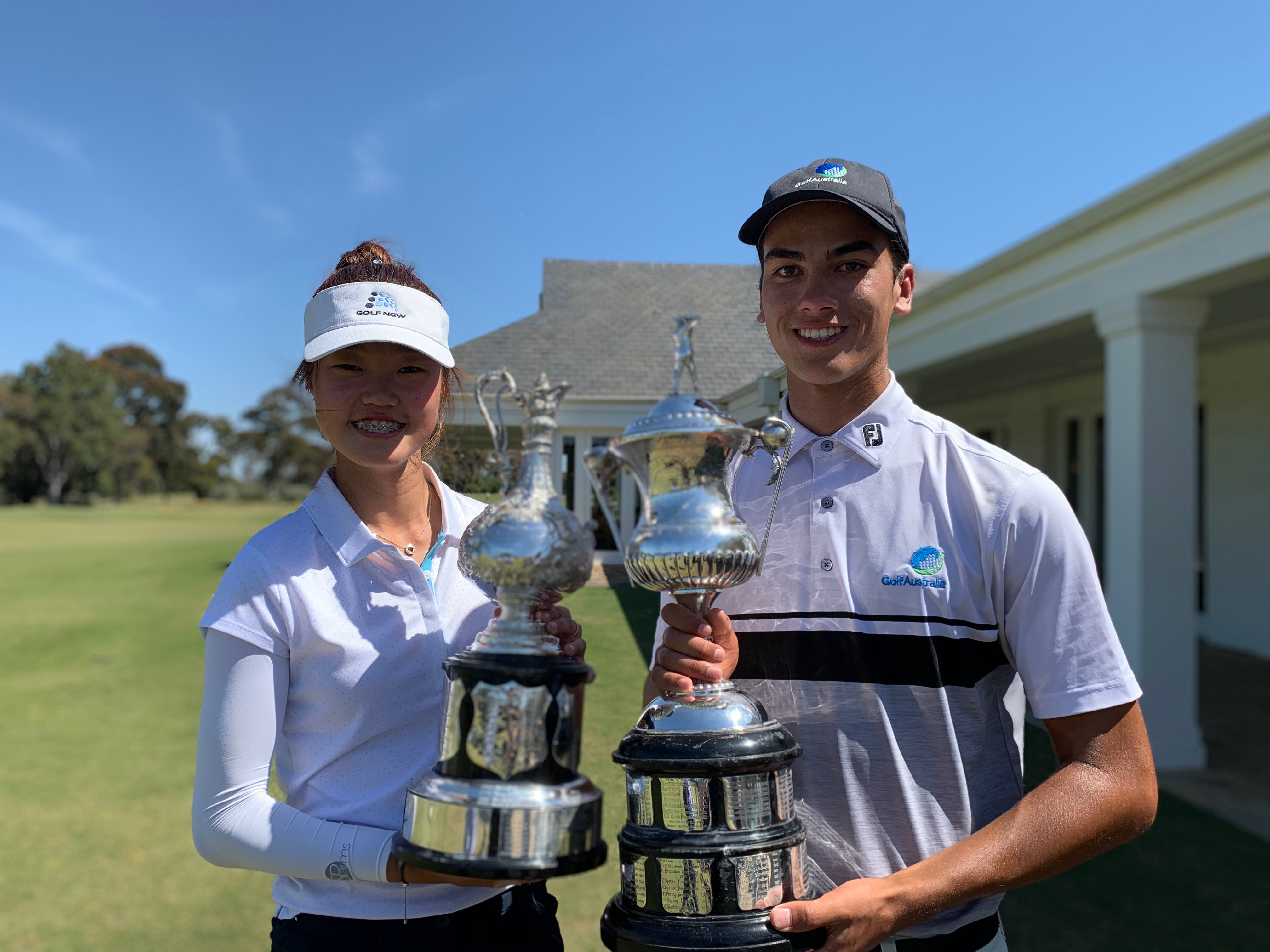