Clifford ran a strategic race, sitting behind his Russian rival, Anton Kuliatin, until taking off when the find bell sounded for the final lap.

Kuliatin chased back, and it was a sprint to the finish, which saw Clifford hold on and break his own world record time in a time of 3 minutes 47.78 seconds.

“I heard them coming and I thought I was going to get caught. I was thinking I might have gone a bit too early and may not have enough gears in the last 100. I just couldn’t believe it. I just screamed.” 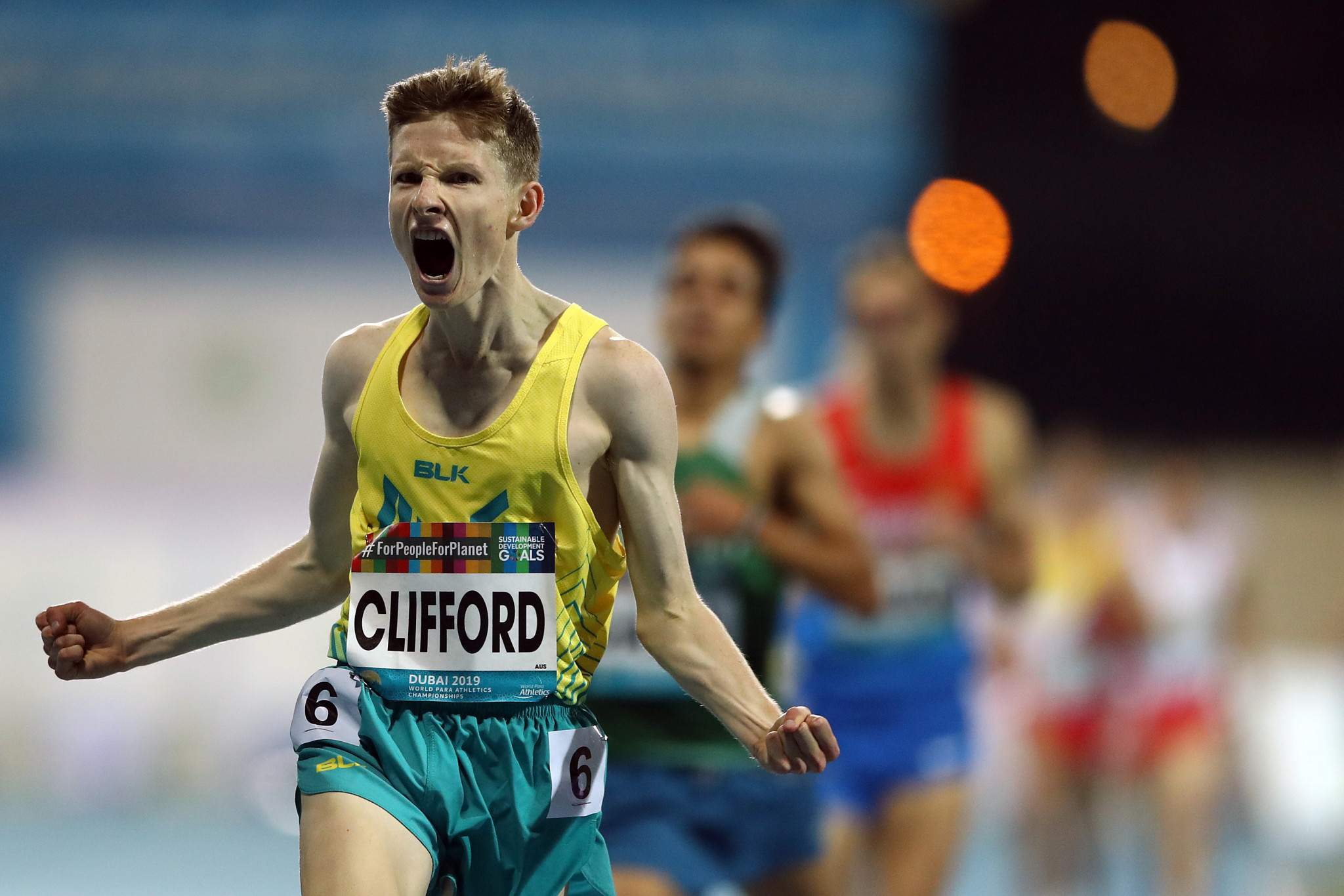 When asked about breaking his own record, Clifford says that all he was thinking about was crossing the finish in first place.

“I didn’t have a clue until a couple of minutes later. It makes it a slightly better feeling. But in a Championship race you just want to get to the line first.”

And to top it all off, he did it without wearing his traditional running goggles, which helped shade his eyes.

“I would have run in them but at our squad training camp in Barcelona last week they got stolen.

VIS’ Todd Hodgetts was unlucky, just missing the final of the men’s F20 Shot Put, finishing ninth with an overall throw of 14.88m.