The Hockeyroos team has been announced for the upcoming do-or-die Olympic Qualifying Series against Russia to be held in Perth on 25/26 October 2019. 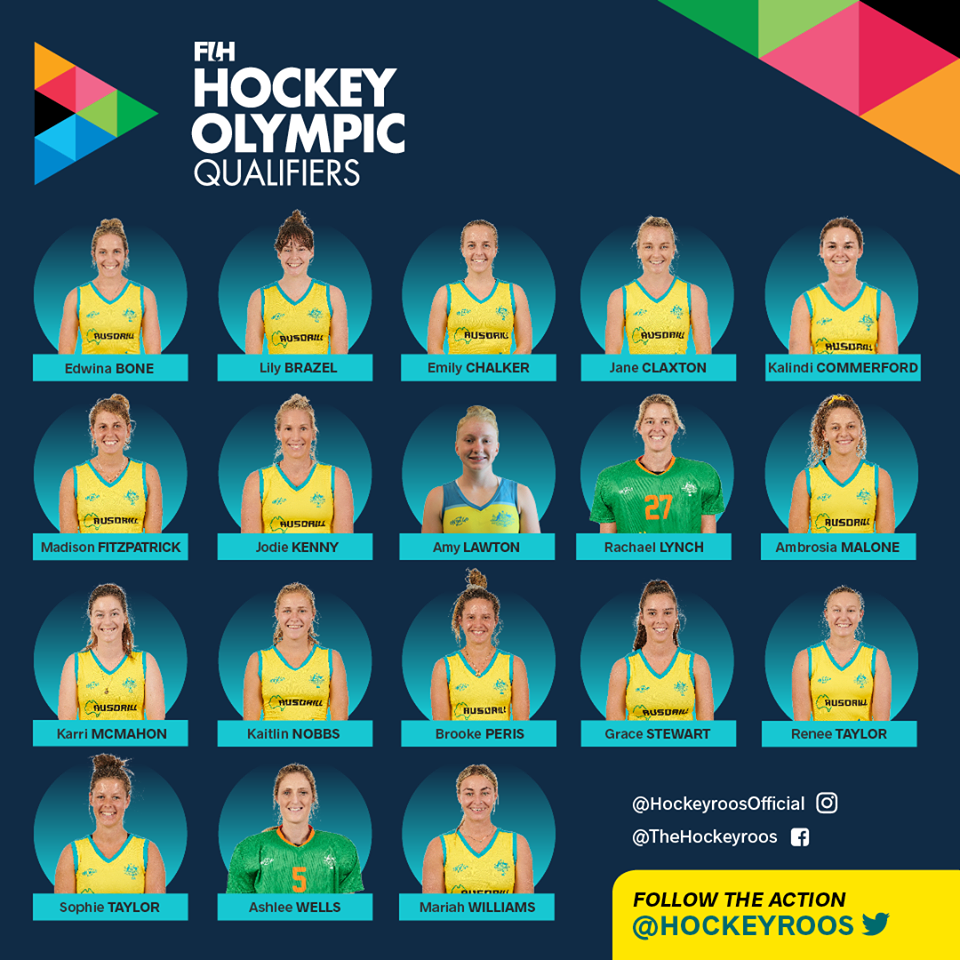 The 18-player team named by Head Coach Paul Gaudoin will face world number 19 ranked Russia in two matches on back to back days, with the winner on aggregate to book their spot at the Tokyo 2020 Olympics.

This ‘last shot’ opportunity for the Hockeyroos to qualify for Tokyo 2020 comes after they narrowly lost to New Zealand on goal difference in the best-of-three Oceania Cup last month, which saw the Black Sticks Women qualify automatically.

Victorian Institute of Sport youngster Amy Lawton, who is not a member of the National squad, continues to hold down her place in the team.

The squad reassembled back in Perth last Monday after spending the past fortnight playing for their respective clubs in the Sultana Bran Hockey One League.

Gaudoin says there is a highly positive feeling amongst the group and that the players are ready for the task ahead following the disappointment of not qualifying at the first time of trying.