Montag walks to 10th in Doha

On day three of the World Championships, organisers delayed the start time of the Women’s 20km Race Walk by 29 minutes in order to “attain the best possible conditions for athletes.”

The VIS race walker admirably took on the energy sapping humidity and debilitating heat in the Qatari capital late on Sunday.

Despite falling over early, Montag pushed hard to stay with the lead group throughout the entire race and came home in an impressive 10th place, clocking 1:36.54. 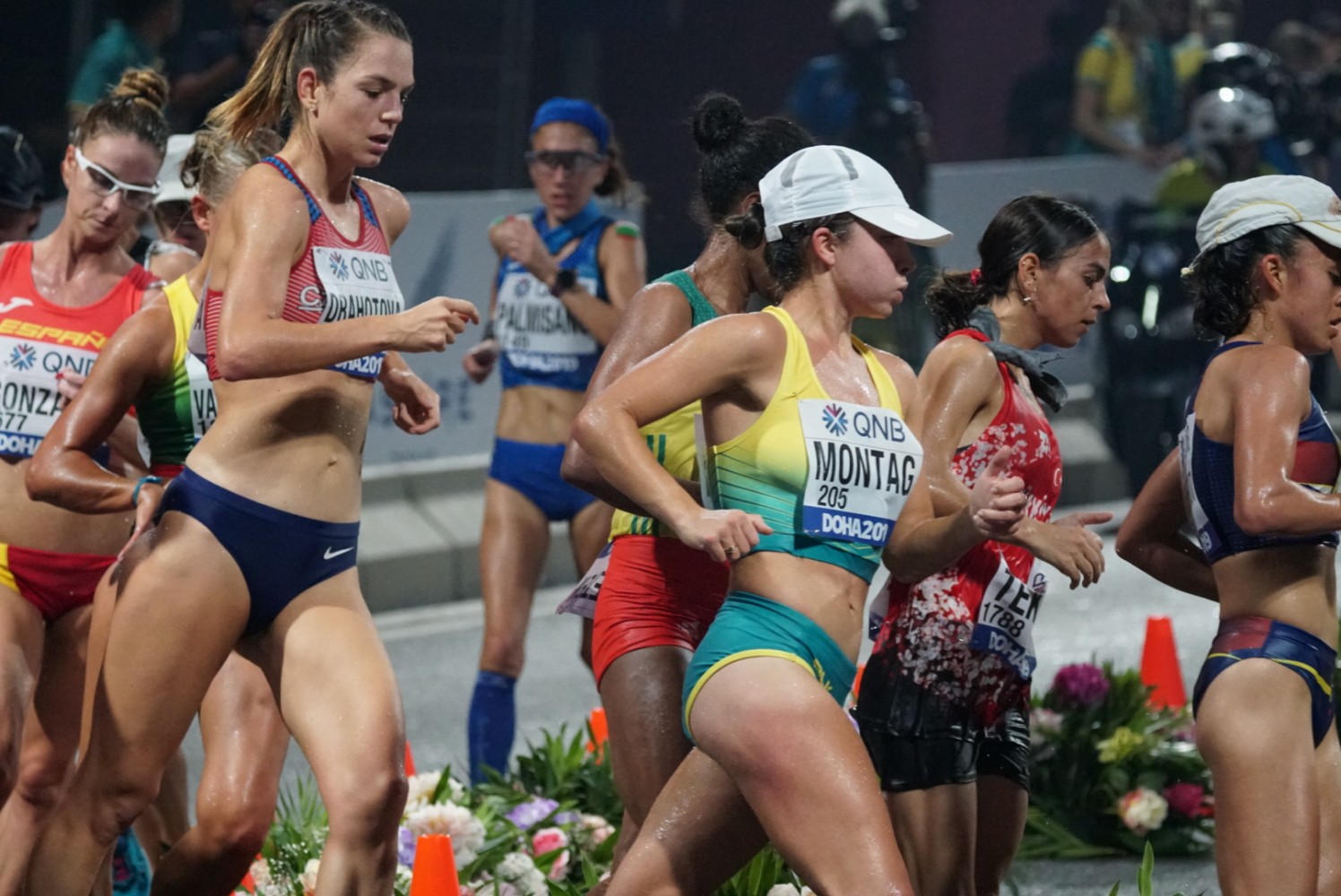 Montag said although, the conditions were challenging, it wasn’t what they didn’t already expect.

“Thanks to the expertise around us we were very well prepared for the conditions, so it did ease the pain a little. It was really different to any race I’ve done before, it was one about patience and holding back, rather than chasing.” She said.

“This was my first World Champs, so there were a lot of unknown factors, including that it was at midnight and in this heat and humidity.

“Looking ahead to Tokyo, which is going to be similarly hot and humid, it does instil some confidence that my body can withstand these conditions.  If we do similar preparation and learn from the last nine-months, Tokyo could be another success.”

The previous day, VIS’ Sinead Diver battled it out to be the second Australian home in a new personal best time of 31:25.49 placing her 14th.

Elsewhere on the track, Morgan Mitchell was the first Australian semi-finalist in the Women’s 800m for 16 years, clocking 2:04.76 to finish in 8th spot.

Whilst it was not enough to see her through to the final, Mitchell can reflect with pride on her first full season as an 800m runner, as she became just the second Aussie in 47 years (Tamsyn Lewis in 2003) to reach the 800m semi-finals at a major global championship.

In the men’s version of the two-lap event, Peter Bol was the fastest of the two Australians, running 1:46.92 for fifth place in Hheat 3, with Luke Matthews clocking 1:50.16 for seventh in the first heat.