Lloyd on track for Tokyo

Lloyd and Ryan played a very cool hand in the 49erFX medal race to take fourth place, which moved them up to sixth overall.

In the last few moments of the race, Lloyd and Ryan carried their penultimate tack just that little bit further to climb up the placings. 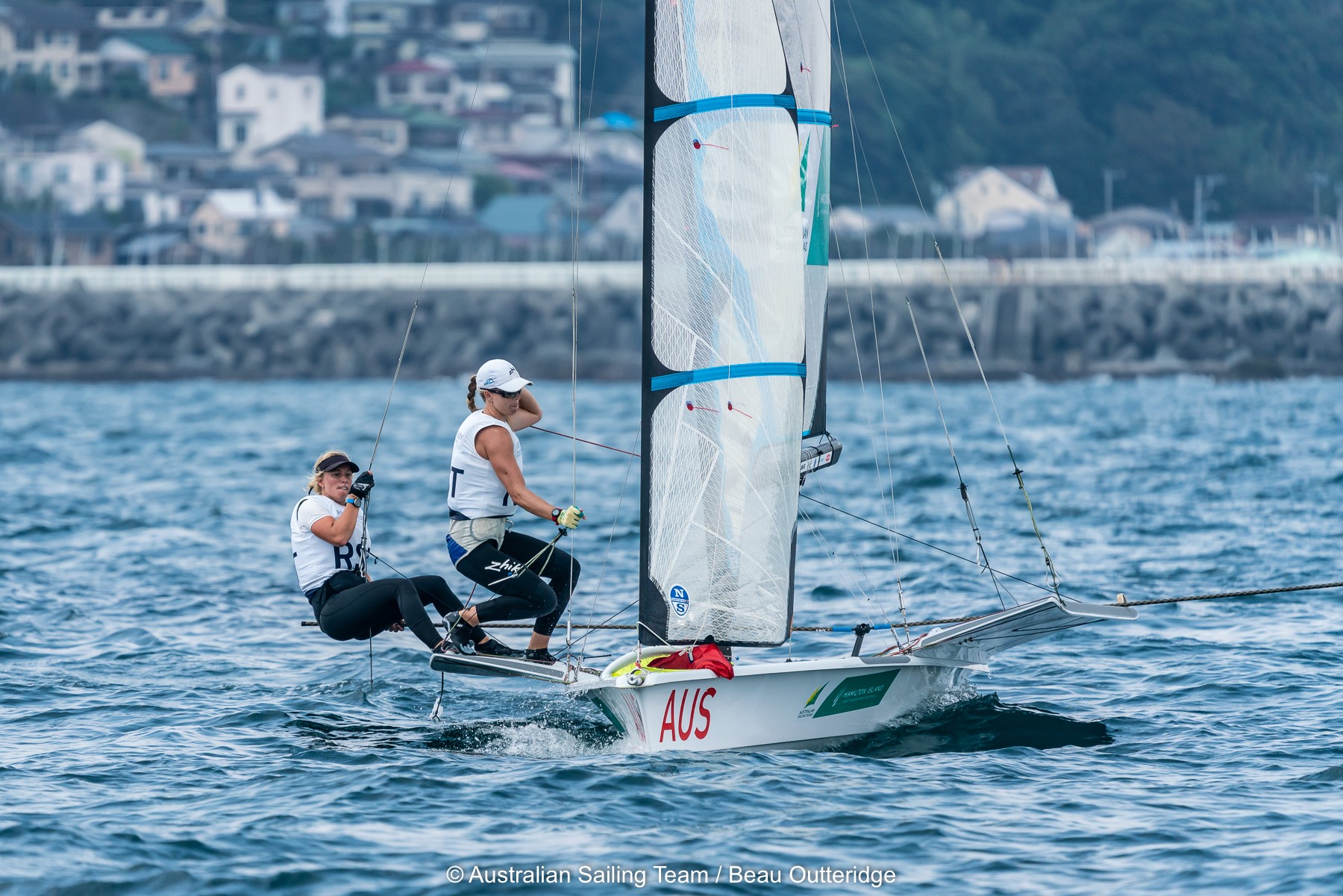 "It was split second decision making," said Lloyd. "We saw it as the only opportunity to pass the Kiwis, so we went for it knowing the boat end of the line was favoured, ducking in and under to get the extra place. There were more shifts out there than we thought, and we had wanted to stay away from congestion. Owning a clear lane was the name of the game, and it paid off."

The sixth place finish was an extremely encouraging result for the young crew.