Having honed her forehand on the long right-handers of the Victorian Surf Coast, India felt right at home in the punchy right-handers on offer throughout the Open Women’s final. Robinson shone in the stacked final, performing a combination of mammoth carves and snaps in the heat to muster up a solid 15.70 two-wave heat total and leave her closest rival and fellow event standout Dimity Stoyle (Sunshine Coast, Qld) requiring an excellent 8.51 wave score to take away the top spot. As a result, Robinson claimed the victory. 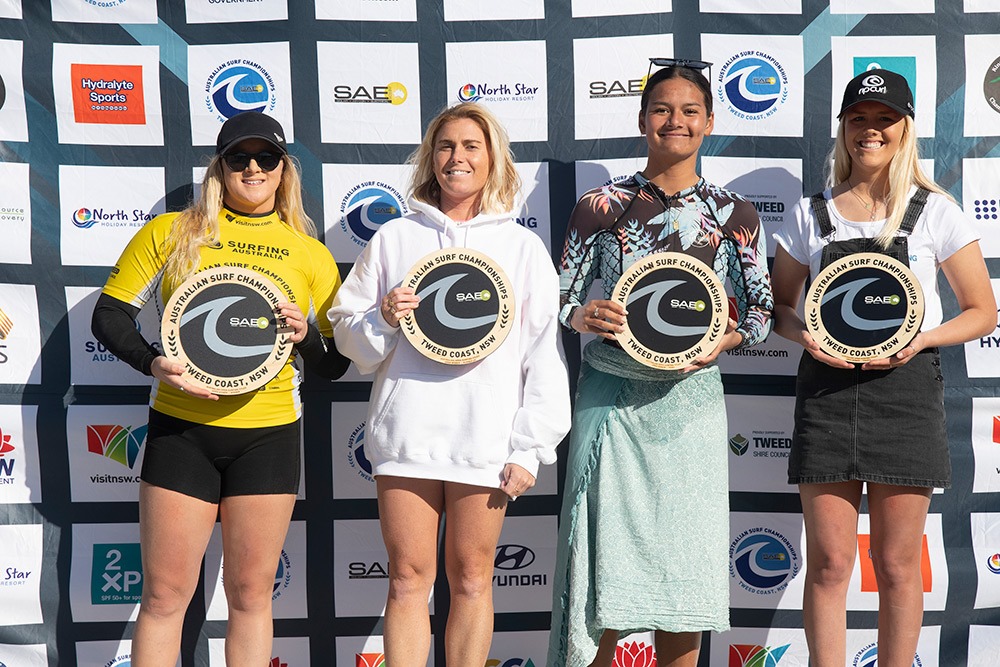 “This is such a good feeling,” said Robinson

“I won an Australian Junior Title a few years back, but to come up here and surf pumping waves with a crew of awesome surfers just makes it feel so much sweeter. I was really fortunate to get offered the wildcard for this event and when I found out that it was on the Tweed, I knew I wanted to make the most of it.”