VIS hockey star Josh Simmonds became a FIH Pro League Champion over the weekend when the Kookaburras claimed a 3-2 victory over Belgium in the inaugural Pro League grand final.

Meanwhile, the Hockeyroos, featuring VIS athletes Rachael Lynch, Lily Brazel and Sophie Taylir, pushed the World No. 1 Netherlands all the way to a penalty shootout on home soil in the inaugural FIH Pro League grand final, going down 4-3 after a 2-2 draw in regulation time. 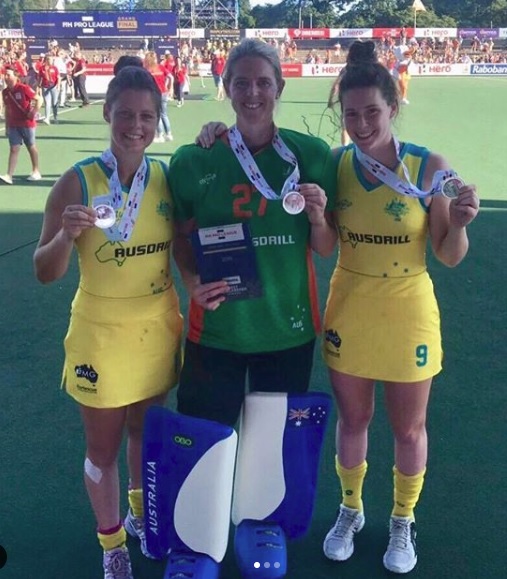 Mariah Williams and Kaitlin Nobbs scored for Australia in a match that was largely dominated by the Netherlands everywhere except the scoreboard due to some resolute defence from Lynch in the net, and typical Australian fight.

Hockeyroos coach Paul Gaudoin spoke of the pride he had in his team no matter the result, "Extremely proud of the effort of the girls today in a really tough environment," Gaudoin said post-match.

“Anyone could have won the shootout, it is really important to have the opportunity to play in these matches which provides such great experience for Oceania Cup and the Tokyo Olympics”.

This year's Pro League was the inaugural best-of-the-best league which pitted the world's top men's and women's hockey nations against each other in a format more like a football competition, lasting half a year.

It replaced the old Champion's Trophy -- a tournament-style event run in a brief window -- and also replaced many of the essentially meaningless bilateral series.