The FINA World Championships began in South Korea over the weekend with VIS diving and water polo athletes making a splash.

VIS diver Emily Chinnock and veteran team mate Melissa Wu have finished 8th in the World for the Women’s 10m Synchro. The pair have only been together for two weeks and this event saw Chinnock’s first international debut.

Anabelle Smith has qualified third in the Women’s 3m Springboard Synchro with her team mate, Maddison Keaney, and will contest the finals on Monday afternoon. More results to come as the event continues over the next few days. 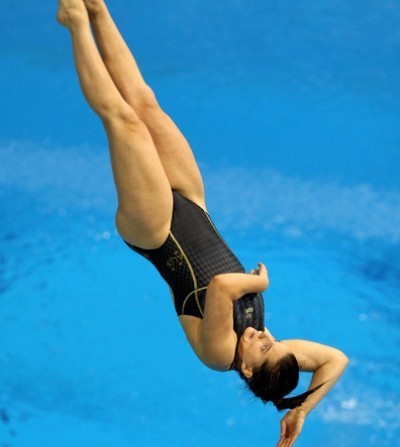 In the water polo competition, the Aussie Stingers have gone down 9-10 to Italy in a close match for Game One, with the VIS athlete and team Captain Rowie Webster scoring three goals for the match. The Stingers take on China in Game Two on Tuesday.

The Australian Dolphins Swim team, with VIS athletes Mack Horton, Jess Hansen and Matt Temple have finished up the training preparation in Cairns, Queensland, before making their way to Gwangju South Korea in time for the Swimming World Championships starting this weekend.