The Australian Women’s Water Polo team has added a bronze medal to their trophy cabinet after taking down Hungary 10-9 at the FINA World Championships on Friday night.

With just under a year to go until the Tokyo 2020 Olympic Games, the Aussie Stingers will take a great load of confidence, with the World Championships the last major tournament before the Olympics.

The match already had a lot of hype around it, as the last time the two sides came head to head was the bronze medal match at the 2012 Olympic Games, where Australia also won the bronze in overtime.

VIS athlete and captain of the Aussie Stinger, Rowie Webster, said her team couldn’t be happier with the result so close to the Games.

“I’m obviously really happy to get a bronze medal at the World Championships. Hungary is a phenomenal team,” said Webster. 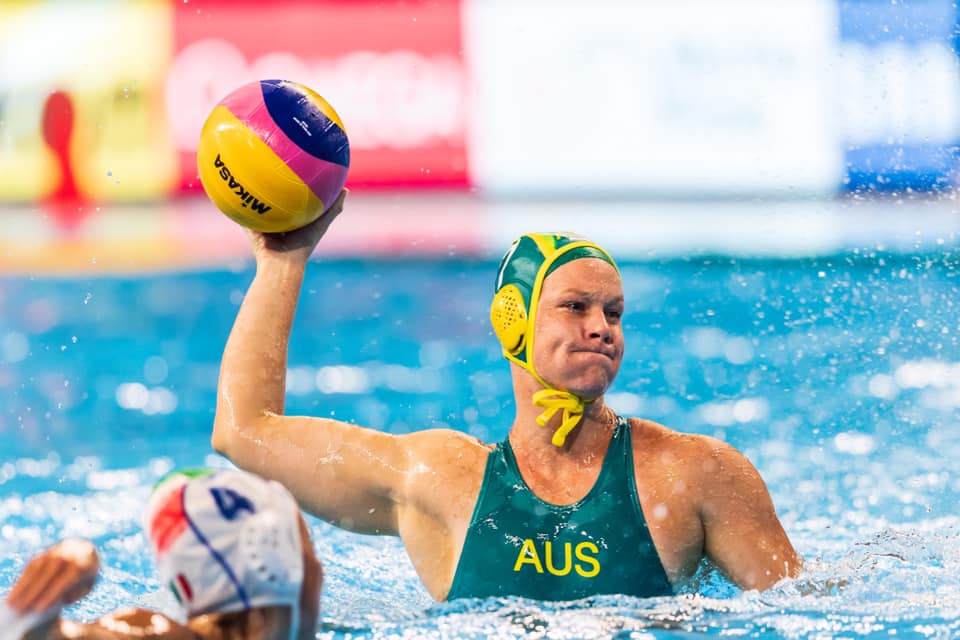 “We’re just happy that we’re on the right side of the win, so we’re really, really happy. I think both teams made mistakes and I think it’s a matter of just quickly getting over them and being able to capitalise on your opportunities, and that’s exactly what we did, I think we capitalised on more opportunities than they did,” she said

Rio Olympian, Hannah Buckling, came out firing for the Australians to put them on the board in the first 30 seconds of the match, quickly followed up by her Rio team mate Zoe Arancini, and triple Olympian Bron Knox, to give the Stingers an early 3-0 lead.  But the Hungarians kicked into a new gear taking three in a row to lock up scores at the end of the first period 3-3.

The second quarter saw the Buckling, Knox and Arancini combination put another four goals on the board for the Aussies to take a 7-6 lead at half time.

It was clear the match would go down to the wire, with each team only scoring one goal a piece in the third quarter to allow the Aussies to hold their lead 8-7 leading into the final period.

The Aussie charge continued in the fourth with Bronte Halligan and Captain Rowie Webster lifting Australia three clear. Hungary from the top left along with a penalty goal put them back in the match with just over two minutes left in the game.

While it looked like the Aussies just needed to run down the clock, Hungary regained possession and with four seconds left on the clock called a time out.  They were hoping to do something big, but the Australian defence was too tough and the Stingers held on to the win to claim the bronze medal.

Australia won the inaugural World Championship title in 1986 and has since added two silvers and now two bronze medals to the cabinet.