Victorian Institute of Sport star and recent Logie winner, Dylan Alcott has won his 12th Grand Slam title at Wimbledon over the weekend.

In the first ever quad wheelchair singles final at Wimbledon, Alcott beat the UK’s Andy Lapthorne 6-0 6-2, to make this his third Grand Slam Singles title for the 2019 calendar year.

With wins at both the Australian and French Open and now Wimbledon, Alcott’s sights are set on the US Open starting in late August. 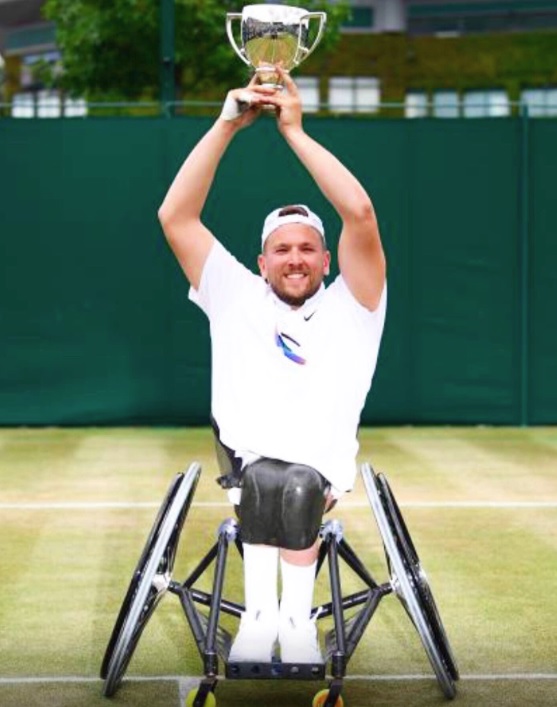 Alcott spoke after the match to express the importance of this particular win;

"We weren't able to play Wimbledon the last few years...I'm going to get emotional...and to come out here and to get to play on the grass, for a young kid from Australian who was born in a wheelchair, it was a bloody dream come true - it really was."