Vixens Take Down The Thunderbirds

The Melbourne Vixens have continued their successful start to the season, claiming a win over the Adelaide Thunderbirds, 58-42 in their first trip away for 2019.

With a tight contest in the first quarter, a 17-10 second term allowed the Vixens to edge out and maintain the lead for the duration of the game, claiming all four bonus points.

In front of her old home crowd and on Mother’s Day weekend, Vixens super mum, Renae Ingles was named Nissan Player of the Match with her intensity and tip after tip after tip helping the Vixens to the 16 goal win. 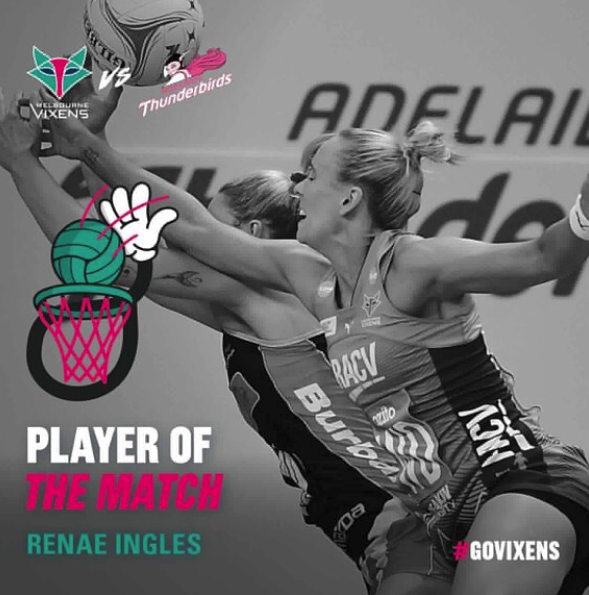 Head coach Simone McKinnis was pleased with the win given the intense contest on court.

“It was a tough game all the way and we had to work hard for it every quarter,” said McKinnis.

“It’s great to get the eight points but we’ve had to try hard for them. We’ve started quarters off a bit slow but the finished of each quarter has been pretty strong.

“There are definitely things we need to work on from this game, but it’s very early in the season so we’re like any team out there; we all have something to work on each game.

“I’m just so happy for Renae, she’s been working so hard so the way she played today in front of the Adelaide crowd was great.

“Every week counts, every quarter and bonus point counts and we found that out last year. You don’t want to be chasing points towards the end of the season so consistency was definitely something we have focused on from the beginning of the season.”

In other VIS netball news, the Victorian Fury also sit on top of the ladder in the Deakin University Australian Netball League, following two big wins against Southern Force in Adelaide on the weekend.