VIS sailing siblings Will and Sam Phillips were in fine form at the 49er, 49erFX and Nacra 17 European Championships at Weymouth in the UK over the weekend.

However, they did not get to fulfill their ambition of sailing in the 49er Medal Race, as the wind died completely, but they were the only Australians in the class to make it this far.

Officials tried, but were forced to send the AP flag up the mast and waited, but to no avail. This was hard on all in the class, who earlier in the day had sailed Race 20, in which the Victorian brothers finished 20th to place eighth overall.

Conditions on Portland Harbour when the 49ers went out for Race 20 were a portent of things to come. The race was scheduled for 10am, but a weak 4-5 knot south-westerly finally started the fleet at 11.30am.

The Phillips’ started near the boat end of the start line. Caught on the wrong side of the breeze, they ended in the back half of the fleet, rounding the windward mark for the first time in tricky light air.

At the first downwind mark, the VIS sailors were caught out by those coming into the mark on the opposite gybe, and trapped by others having rounded and coming straight at them. As a consequence, they could not recover and slipped back to finish 20th. If there was a prize, it was the experience of sailing on the hallowed waters of the London 2012 Olympic Sailing Competition.

“Obviously we’re pretty happy with how we’ve been sailing this week, but disappointed with how some things have gone, so we are looking to improve on those things.” Sam Phillips said. 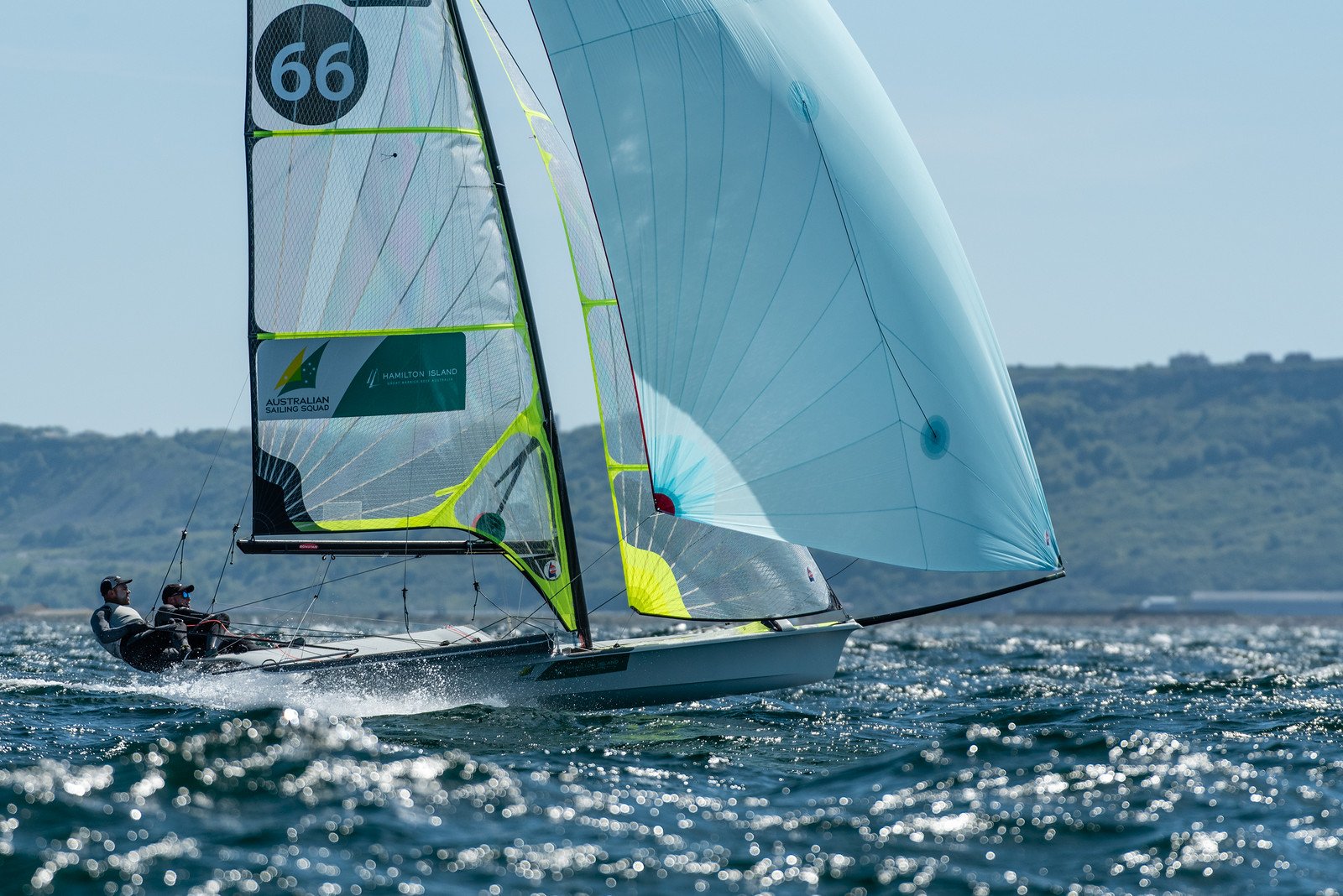 Full results and other information: https://49er.org/event/2019-european-championship/

About the European Championships:

High-octane Olympic racing has returned to Weymouth and Portland in 2019 after the RYA won its bid to host the Nacra 17, 49er and 49er FX European Championship in the lead-up to the 2020 Tokyo Olympic Games.

The world’s best racers from the Olympic circuit have descended on the London 2012 sailing venue to battle it out for the title of European champion from May 13 to 19.

It is the first time since the 2016 Sailing World Cup Finals that the UK has hosted a major International Olympic Class regatta.