VIS athletes Sophie Taylor, Rachael Lynch, Krissy Bates and Lily Brazel were all members of the Hockeyroos squad who defeated Team USA 4-0 on Saturday in Pennsylvania.

Savannah Fitzpatrick fired in two last-quarter goals and provided an assist for Captain Emily Chalker as the Hockeyroos raced away in the final 15 minutes following Rosie Malone’s 19th minute opener.

The result solidifies the Hockeyroos’ grip on FIH Pro League finals spot, inside the top four, moving the side to 21 points from 11 matches.

Australia were dominant against Team USA, with 12-3 shots, 45-25 circle entries and more possession but had to wait until the final quarter to seal the win, having held a slender 1-0 lead until the 50th minute.

The win completed Australia’s Pacific leg with seven points from three games, after wins over New Zealand and USA and a draw in Argentina, before losing in a shootout. 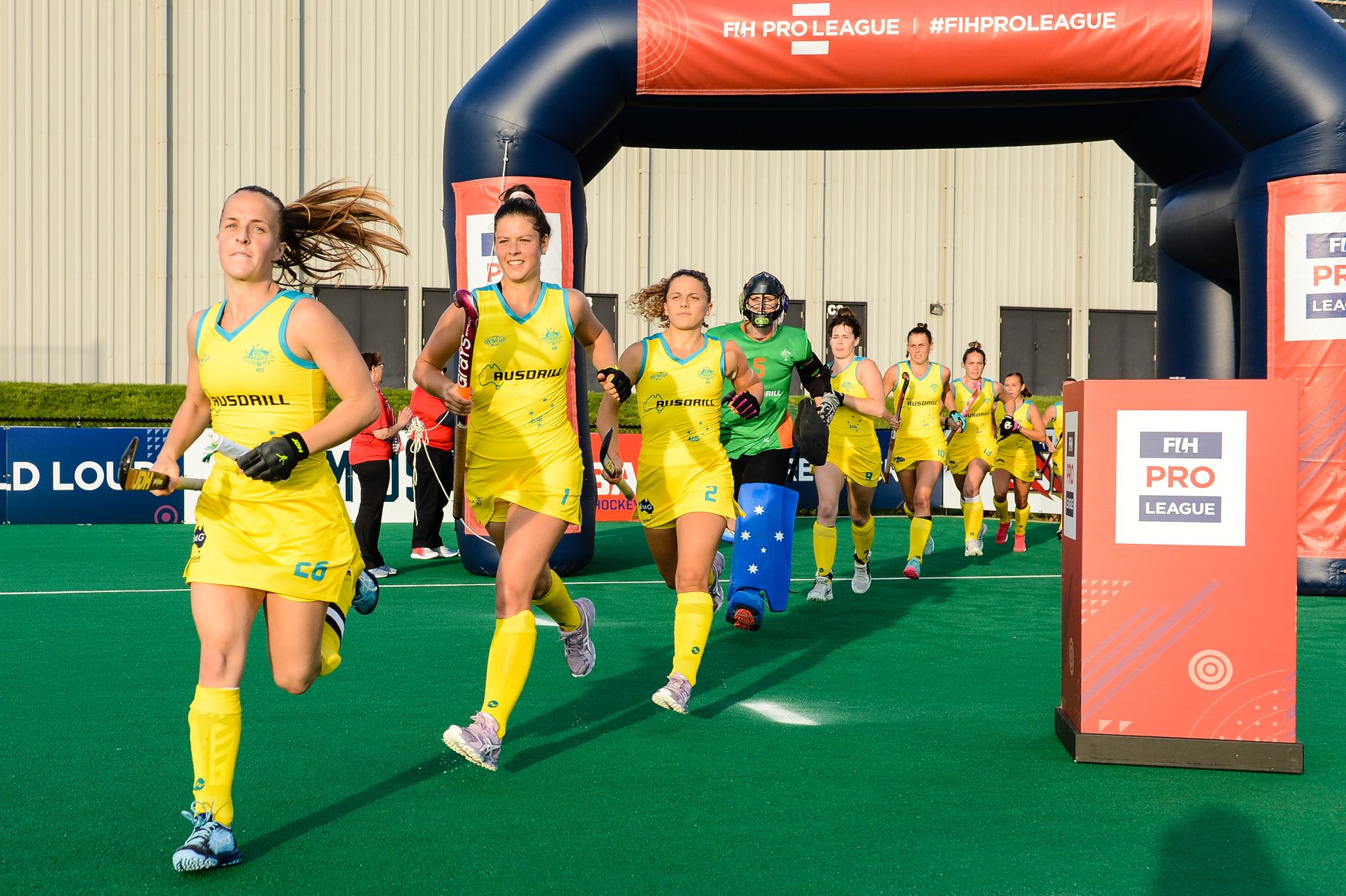 Malone was named Player of the Match after her brilliant backhand goal, before turning provider with two assists for Fitzpatrick in the final 15.

Malone said: "It felt really good. Coming off our shootout loss to Argentina it was great to get a win today.

“The US were fighting the whole time and it was neck and neck until that last quarter where we got a few goals."The Hockeyroos are next in action in the FIH Pro League against China in Changzhou on Sunday 2 June.