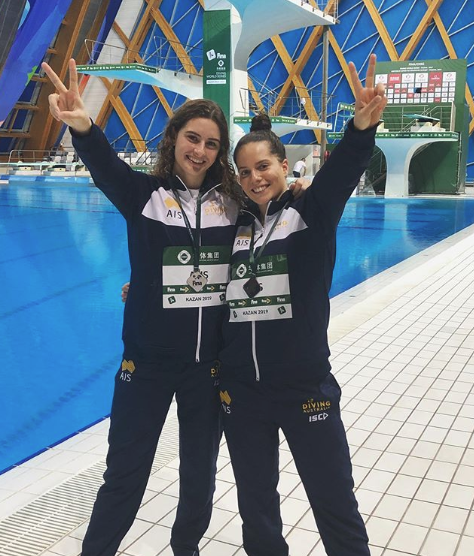 “I am so lucky to compete alongside Maddi and to have the guidance of our coaches who make us feel confident and motivated to do well and get the job done. One more to go #divingworldseries”