The Victorian Institute of Sport cyclists had a fantastic Track Nationals campaign with eight first places including four of those to Graeme Frislie.

Frislie was unstoppable in the Men’s Under 19 division, taking out the Team Pursuit, 1km Time Trial, Scratch race and Madison.

The 18-year-old has his eyes on the Junior World Track Championships in August and no doubt these performances are one step closer to that goal. 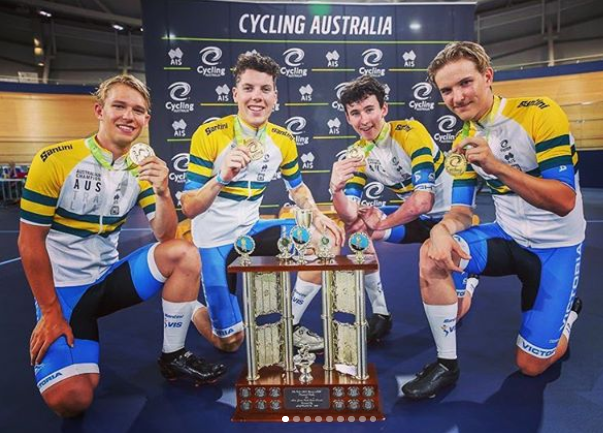