The Kookaburras blew a three goal lead to lose 4-1 in a shootout after a thrilling 5-5 draw against the World No. 3 Netherlands on Saturday in Melbourne.

Entering the fourth quarter the Kookaburras found themselves with a comfortable 5-2 lead thanks to goals from Tom Craig, Tim Brand, Eddie Ockenden, Trent Mitton and Lachlan Sharp.

Unfortunately for the Australians, a late collapse saw the Netherlands score three goals in quick succession, forcing the shootout.

Though the Kookaburras were efficient in front of goals during regular time, they were unable to find the back of the net consistently when it mattered most.

"We didn't handle the Dutch pressure. They turned us over way too many times, we had trouble coming out of defence and transferring the ball and that was a quality we had in the first and second quarter," said Kookaburras coach Colin Batch.

"Full credit to them coming back but it's very disappointing for our boys." 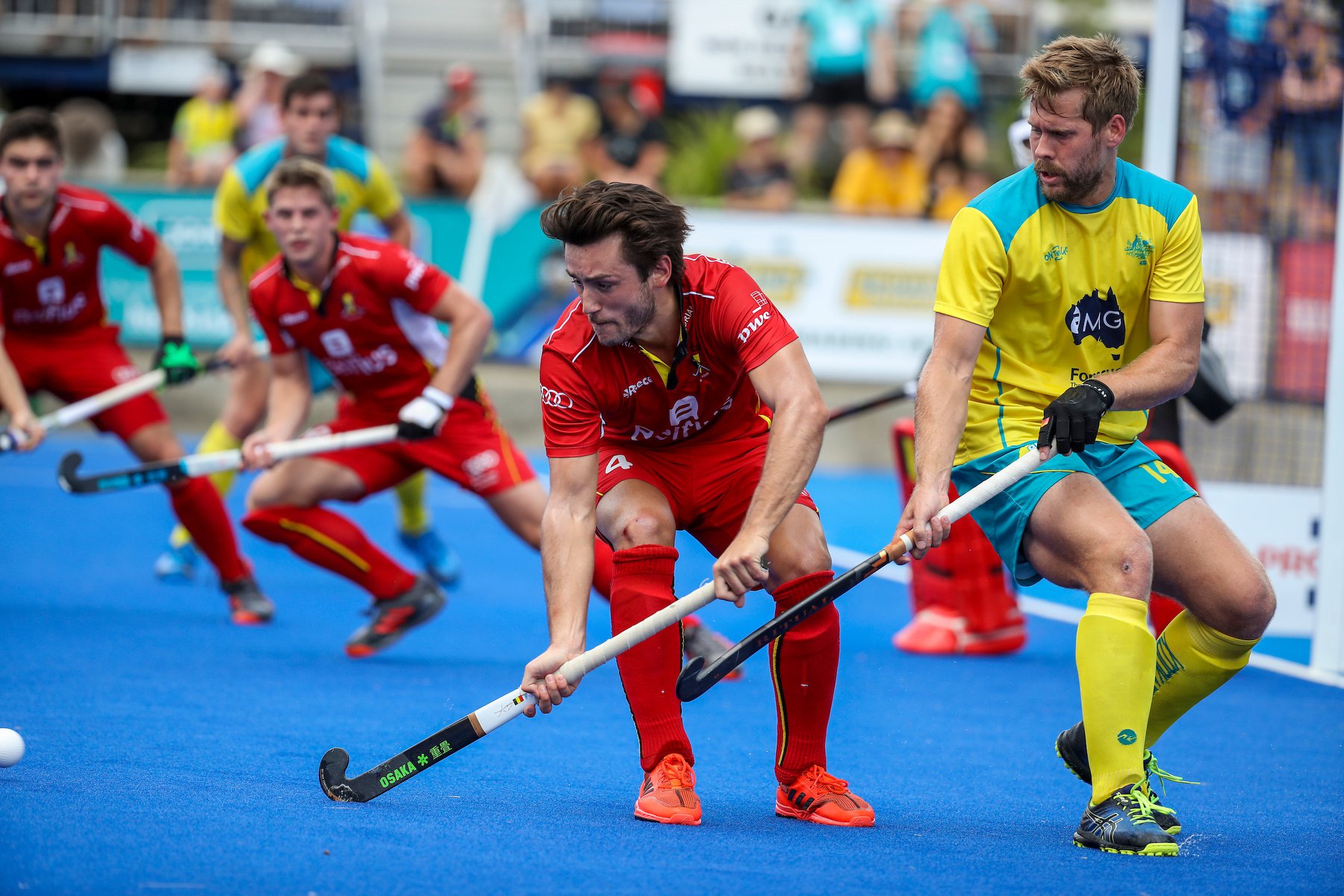 The Kookaburras have fallen 4-1 to World No. 1 Belgium in front of a noisy Melbourne crowd in the FIH Pro League on Sunday afternoon.

Australia’s lone goal scorer Daniel Beale attacked well early in the match creating multiple chances, but an onslaught of Belgium goals from Sebastien Dockier, Alexander Hendrickx and Tanguy Cosyns proved too much for the Kookaburras.

A tight first quarter saw the scoreboard read 1-1 at the siren thanks to a first minute goal from Beale and a 15th minute goal to Dockier, but the Australian’s were unable to convert again throughout the match.

Blake Govers and Jeremy Hayward had several chances to score after Australia drew a number of penalty corners late in the game, but missed traps and some fantastic goal keeping from Vincent Vanasch meant that the pair of Kookaburras couldn’t find the backboard.

Belgium’s Dockier was named with the Player of the Match.

Kookaburras coach Colin Batch said, “Tough game. We hit a nice goal to start the game but Belgium took control of the game with their passing qualities.”

"They gradually got on top. Our first half was quite good. We didn’t create a lot.

"Our third term is where they took over and were better in general skills.”

"Tactically we were okay but if you’re losing the ball within seconds of the regain you’re always going to have a battle on your hands.”

The Kookaburras have an opportunity to redeem themselves against Germany in their next FIH Pro League appearance in Tasmania next Sunday.