The Victorian Institute of Sport cycling program has started the new year on a high with an impressive haul of medals at the 2019 Fed Uni Road National Championships in Ballarat last weekend.

VIS scholarship holder Ruby Roseman-Gannon was among the highlights taking out the U23 Women’s Criterium as well as placing third in the Women’s elite.

Roseman-Gannon’s victory comes at the back of a strong training block and she was happy with her gold medal performance.

“This was a special one,” she said.

“A massive thank you to everyone at the Victorian Institute of Sport, especially my coach Nick Owen for all the leadouts,” she posted via Instagram. 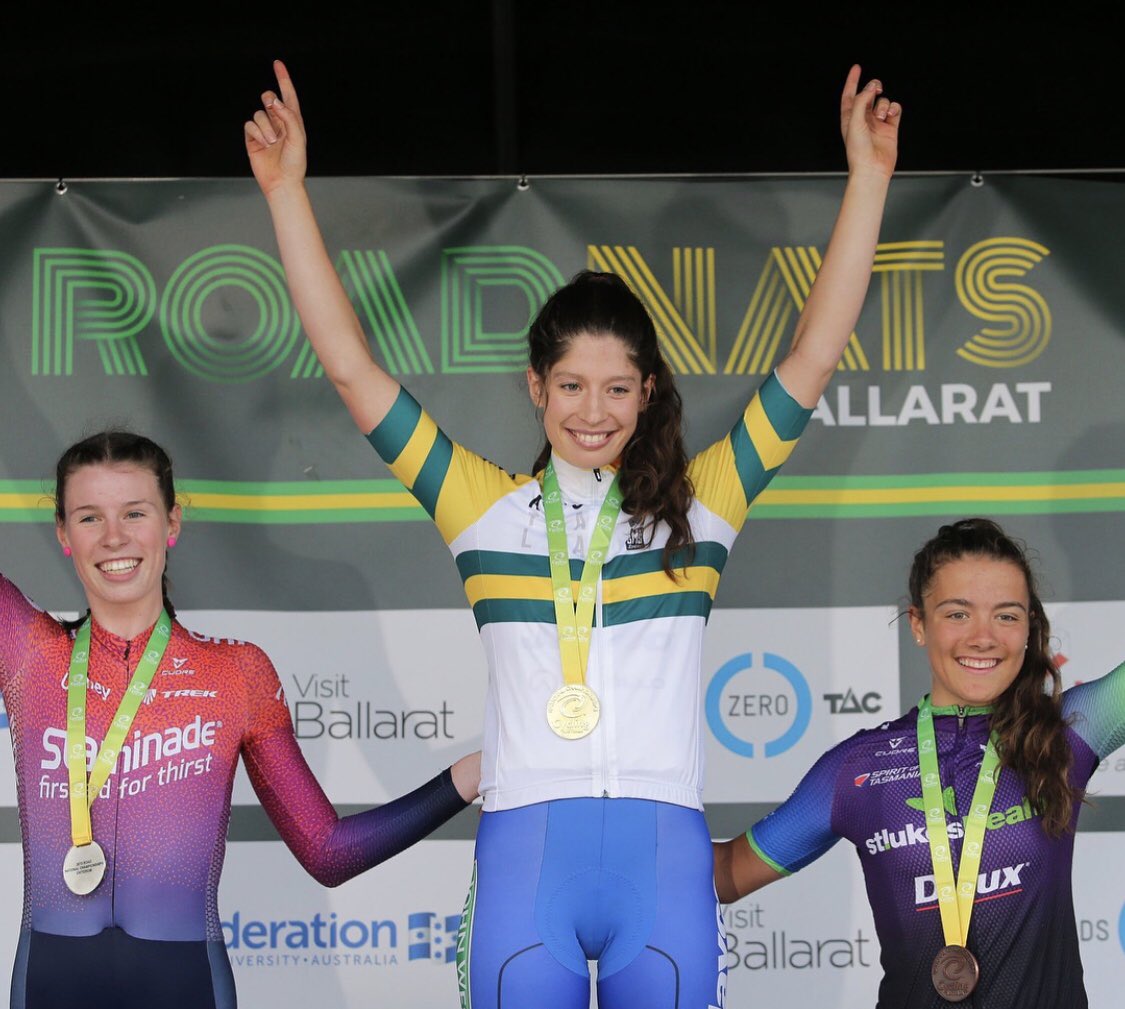 Victorian Institute of Sport success didn’t end there, young gun Ashlee Jones took out the Women’s U19 Criterium whilst Graeme Frislie came second in the U19 Men’s Criterium.

VIS’ Rising Star Kelland O’Brien moved from the velodrome onto the track to claim second in the U23 Men Criterium and fellow VIS teammate Jensen Plowright came in fifth.

“Honoured to take out the 2019 Burnie Wheel Race. Blew the foot out of its holster with 50m to go and peddled like mad to stay away from the charging Wombat Welsford,” Plowright posted via his social media accounts.

Meanwhile VIS Para cyclists Stuart Tripp (Men’s H5) and Carol Cooke (Women’s T2) both won the time trial as well as the road race in their respective categories. As well as Alistair Donohoe who added another gold to the VIS tally, taking out the C5 men’s time trial.

The 2017 VIS Award of Excellence winner, Cooke took to social media her excitement about Para Cycling at the Australian National Road Championships.

“Great first day for Para Cycling at the Australian National Road Championships. On the iconic Mt Buninyong it was fabulous to see so many people supporting and cheering us on with cow bells and horns! This was one giant step forward for Para Cycling racing in conjunction with all others and on the same course.” She posted.