Victorian Institute of Sport athlete and Team Pursuit world record holder Kell O’Brien rode from the scratch mark and hit the lead on the final lap to win the 82nd Melbourne Cup on Wheels Final.

Fist pumping a Melbourne crowd on the finish line, O’Brein was understandably happy with his win.

"It means a lot to me to win this in front of my home crowd,” He said. 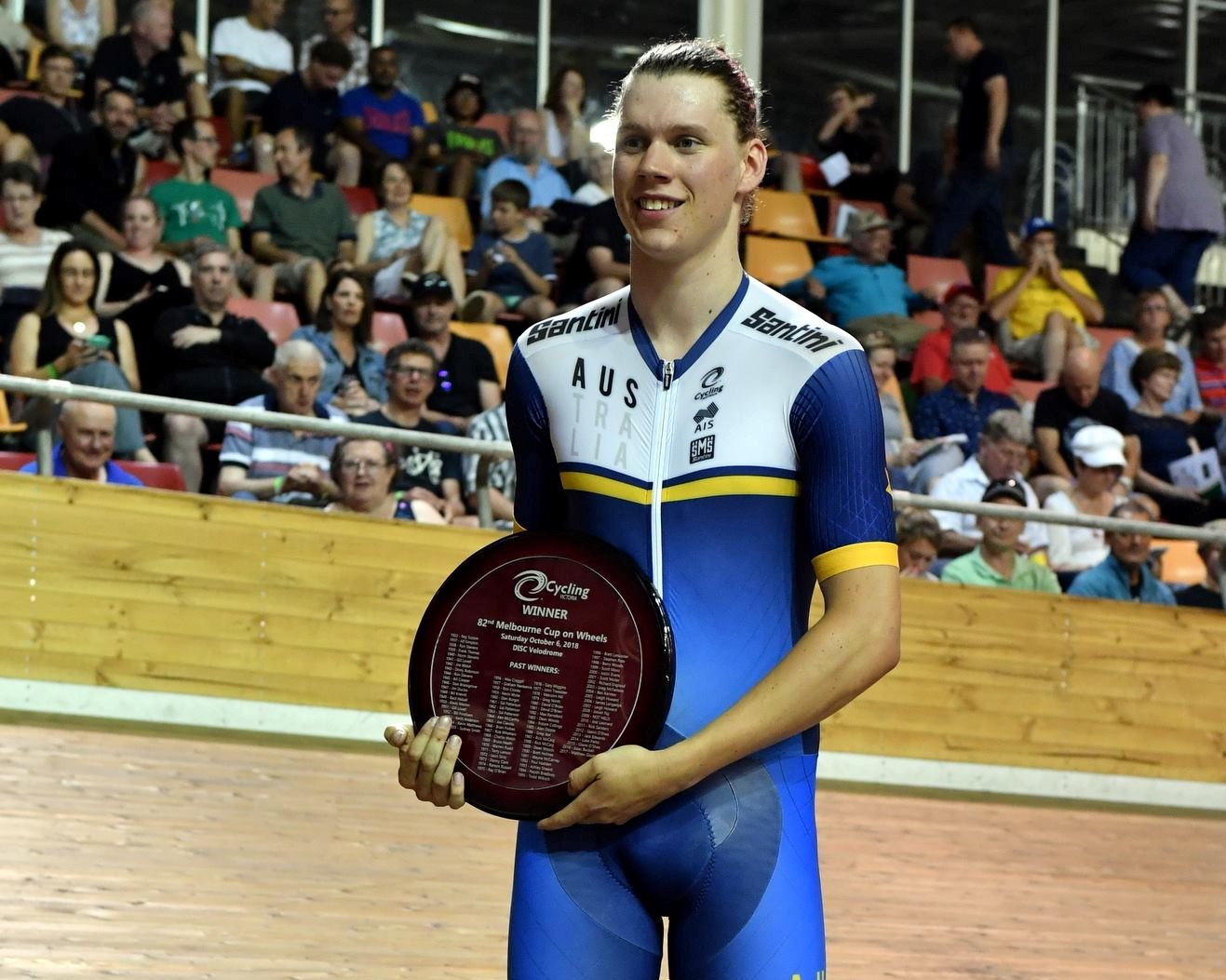 “And I love the trophy too. There's so many great names on there!"

Welsford got one back on O’Brien in the Men’s Elimination Championship, placing in second position.

Fellow VIS cyclists, Madison Janssen and Ashlee Jones, also found themselves on the winners list with Janssen cruising to victory in the Keirin and Jones winning the U19 Points Race State Championship.

Fellow VIS cyclists, Ashlee Jones and Ruby Rosemen-Gannon, were among the highlights in their event with Jones winning the U19 Points Race State Championship and Rosemen-Gannon coming in third position in the Elite Women Elimination Championship.

Whilst the VIS distance cyclists got it done on the track so did the sprinters with Victorian Institute of Sport duo Conor Rowley and Tylah Meuiner enduring two close battles. Rowley took home the Keirin whilst Meuiner was to good for him in the sprint.

All the results can be found here