Vikings and Vipers are Finals bound

After two victories over the weekend, both the Victorian Vipers and Vikings have set themselves up for a shot the AHL title.

The AHL Finals will take place on the Gold Coast from 25-28 October, with the quarter-finals kicking the series off on Thursday afternoon from 1pm (all local time). Semi-finals are on Saturday, with medal matches on Sunday.

The 2017 grand final re-match between hosts Queensland Blades and Victoria Vikings looms as the highlight fixture on Thursday.

In the men’s competition, hosts Queensland will play the reigning champions Victoria from 4:30pm at the Gold Coast Hockey Centre Pitch 2. Victoria beat the Blades in last year’s final in a shootout. Pool B winners Victoria Vipers facing off with Tassie Van Demons from 4:30pm on Pitch 1.

A back and forth match at the State Netball Hockey Centre saw Victoria Vipers defeat the South Australia Suns 1-0 on Sunday afternoon.

An impressive 45th minute goal to Hannah Gravenall off a penalty corner opportunity was enough for the Vipers to secure the win in front of a strong home crowd.

The victory locks up top spot in Pool B for Victoria heading into next weekend’s AHL Finals.

Despite strong performances from Hockeyroos Jane Claxton and Karri McMahon the Suns weren’t able to make an impact on the scoreboard and as a result will head into the AHL Finals ranked second in Pool B. 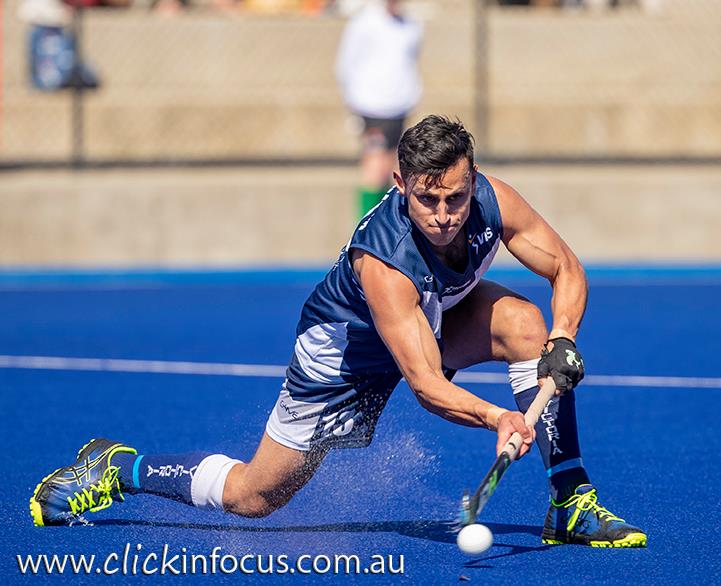 The group combined for all 13 of Victoria’s goals in a performance which saw them finish above South Australia in Pool B of the AHL ahead of next weekend’s AHL Finals.

Victoria will face the Queensland Blades and South Australia will take on the Canberra Lakers in Thursday’s quarter finals on the Gold Coast.

Randhawa opened the scoring for Victoria finding the back of the net on a penalty corner attempt in the 15th minute of the match. Victorian fans only had to wait two minutes to celebrate their next goal when Hendry showed his skills, scoring a field goal and taking advantage of the conversion opportunity.

In the 22nd minute of the match Randhawa scored again from a penalty corner just moments before Ford scored his first field goal of the match. South Australian goalkeeper James Richardson was able to defend the conversion chance.

Another field goal from Ford in the 34th minute increased the Victorian lead to double digits. The conversion opportunity was defended well by Richardson.

The South Australians did their best to get back into the game late but a dominant Victorian side buoyed by their home crowd support didn’t allow any junk-time goals.

Both sides had plenty of opportunities in attack but ultimately the strong defence of both sides' goalkeepers, Victoria’s Rachael Lynch and South Australia’s Ashlee Wells, kept the game a low scoring affair.

Congratulations to all the current and former VIS athletes and staff who were named in the Victorian Vipers and Vikings All-Star Team (see below) on the weekend. 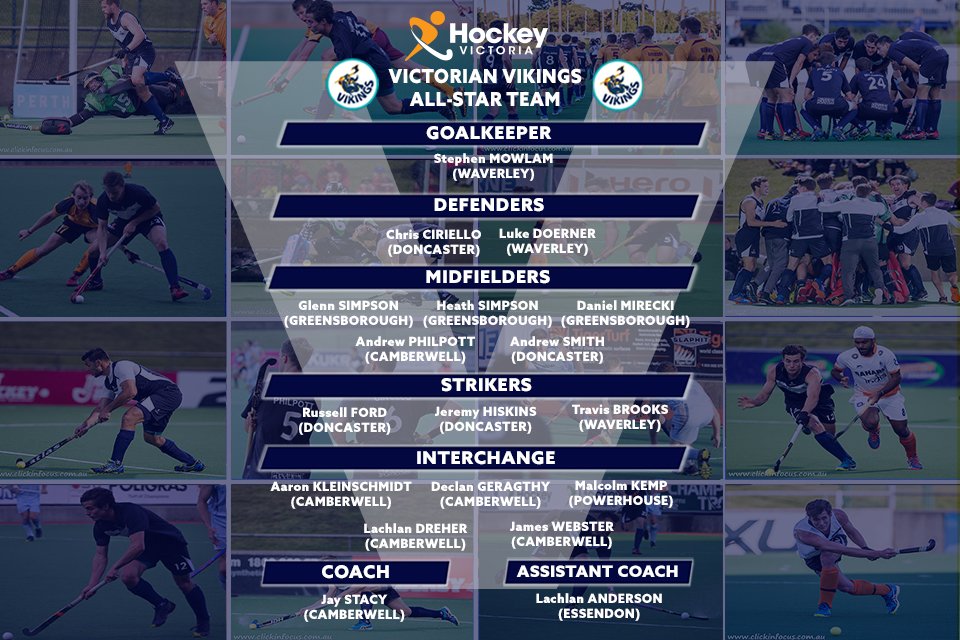 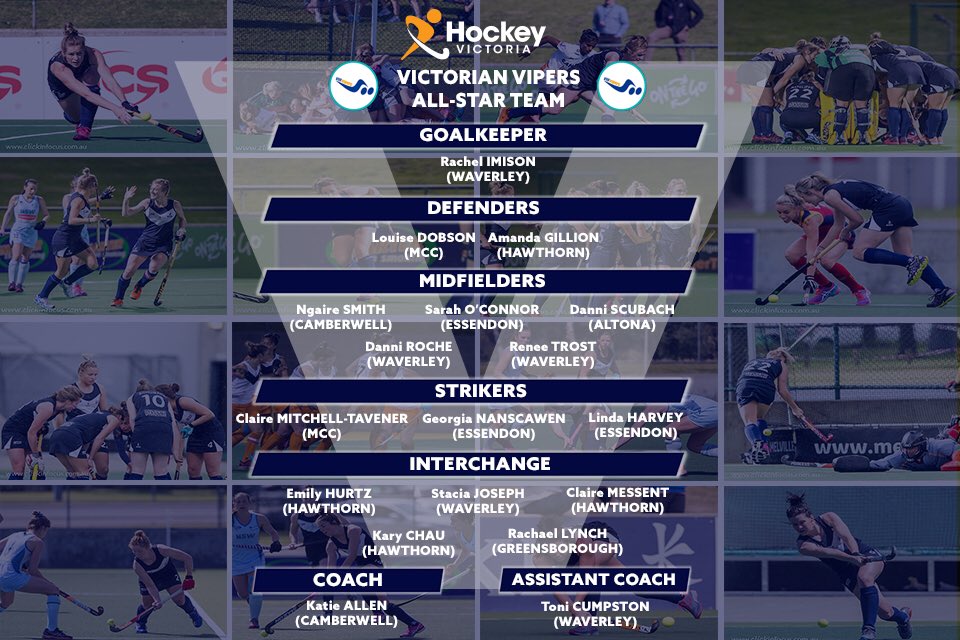