Alcott cruises to US Open glory in 75 minutes

VIS’ Dylan Alcott is Champion of the US Open again after he defeated world No. 1 David Wagner 7-5, 6-2 in just 75 minutes.

Alcott’s victory in the Quad Singles makes for his second US Open and his sixth Grand Slam singles title.

The Victorian Institute of Sport scholarship holder was up against it from the get-go, overcoming a last-minute venue change and a 3-0 deficit on the World No.1 ranked American’s home soil, to win the game in straight sets.

Although disappointed with the venue change, Alcott still managed to clear his mind and was happy to come away with the title. 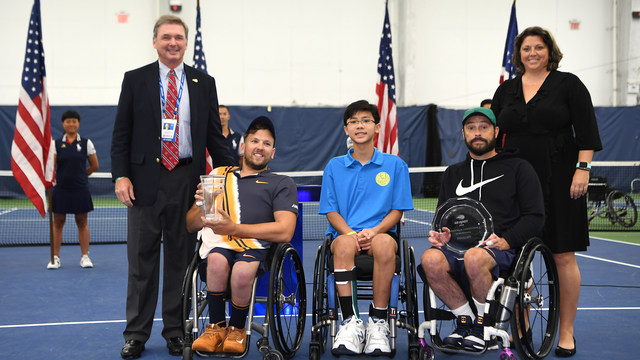 He took to Instagram singing praises for all his support team.

“6 Grand Slams in the books, thank you to every single one of you for the love and support.” Alcott posted via social media.

A humble Alcott says he will be putting his winnings towards his foundation, ‘Dylan Alcott Foundation’, with the goal of supporting people with disabilities and helping them to purchase wheelchair equipment they wouldn’t otherwise be able to afford.